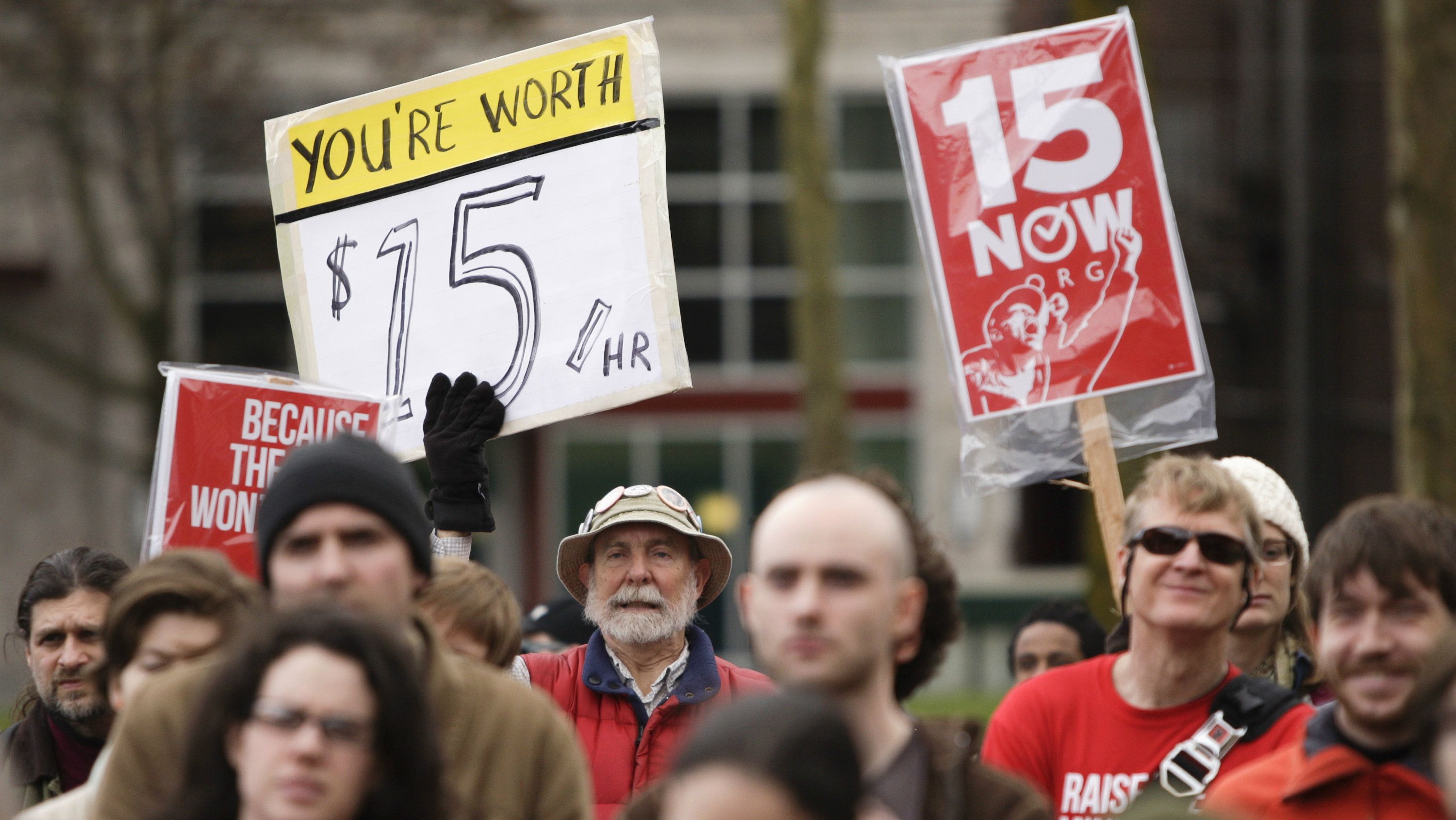 Minimum wage hikes, and the inevitable job losses that result from them, are a consistent topic of conversation for us…here are just a couple of recent examples:

Of course, no amount of empirical evidence (or common sense for that matter) will ever be sufficient to convince left-leaning politicians that basic economic concepts governing the relationship between supply and demand also apply to the market for labor. No, in the mind of politicians, every business ever created is an evil corporation owned exclusively by “millionaire, billionaire, private jet owners” who earn infinite profits and will casually accept whatever minimum wage hikes or tax increases are thrown at them…

That said, here in the real world, competition prevents corporations from earning excess profits (at least for an extended period of time anyway) and businesses respond to higher labor costs through capital investments designed to reduce labor (think ordering kiosks at McDonald’s) and/or other cost cutting initiatives.

In fact, for the latest example of the unintended consequences of higher minimum wages, one has to look no further than a pair of Tim Horton’s franchises in Ontario, Canada. Faced with a 21% hike in minimum wages starting January 1st, with hourly rates going to $14 from $11.60, owners of the two restaurants said they had no choice but to cut employee benefits and eliminate paid breaks to offset their higher costs. Per the Financial Post:

Employees at the Tim Hortons locations owned by the children of the co-founders of the franchise say they have reduced employee benefits and cut back paid breaks to help offset Ontario’s $2.40 jump in hourly minimum wage.

Jeri Horton-Joyce and Ron Joyce Jr. wrote a letter to employees at their two Tim Hortons restaurants in Cobourg, Ont., that those who want to continue receiving dental and health benefits will have to pay a portion of the plan’s costs themselves. Those working at the restaurant for more than five years will have to pay half, while those working from more than six months to five years will pay 75 per cent.

Employee breaks will also no longer be compensated, the letter dated December 2017 read. For example, those working nine-hour shifts will be paid for eight hours and 20 minutes, while those on three-hour blocks will be paid for two hours and 45 minutes.

“We apologize for these changes,” the letter, widely circulated on social media, read. “Once the costs of the future are better known we may bring back some or all of the benefits we have had to remove.”

The alternative would be for the franchises to simply raise prices to offset their higher cost structure, which they did not, demonstrating how little confidence in pricing power businesses have despite the constant media cheerleading about the “coordinated global recovery.”

Discussions about economic stability aside, such efforts only seem to further undermine the relative profitability of small businesses versus larger national chains and drive lower volumes as fewer people can afford to eat out.

The minimum wage hike and other new franchisee costs, like vacation pay, have put Tim Hortons franchisees in “a difficult situation,” said a statement from the GWNFA’s board of directors.

The GWNFA, whose membership hit half of all Canadian Tim Hortons franchisees last October, said its goal is to mitigate job losses.

But without help from their parent company in lowering food costs, raising prices and reducing couponing, the association said franchisees have been forced to take steps to protect their business.

“While other competitors have received concessions from their franchisors, unfortunately our chain has not,” the GWNFA said. “Many of our store owners are left no alternative but to implement cost-saving measures in order to survive.”

Conclusion: Keep up the good “Fight for $15”, Bernie; it seems to be working really well.

OOPS: Firearms Sold By Washington Police End Up With Criminals