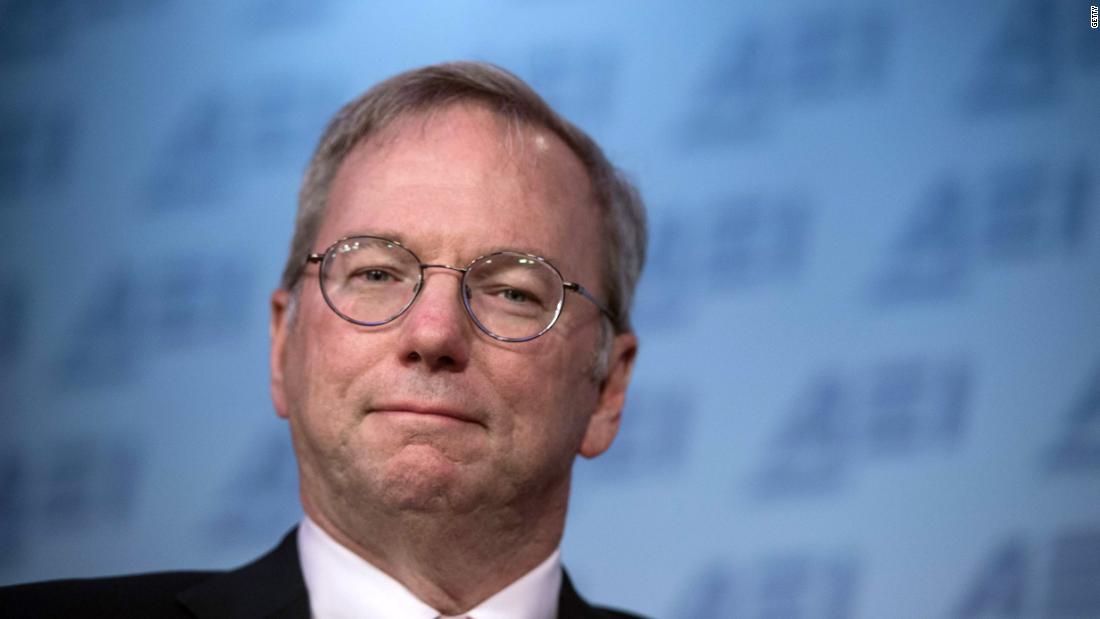 A staunch supporter of the Democratic Party and critic of President Donald Trump, Schmidt still continues to lead the Defense Innovation Board (DIB), even well after the new administration took over in January. This begs the question: should Schmidt’s history of partisan advocacy and condemnation of Trump be a worrisome prospect for the current White House?

Regardless of the answer, Trump’s retention of Schmidt may be emblematic of more than political divisiveness within the current administration, like from “Obama holdovers.” In fact, it may be the opposite of unwanted internal discord and a sign of an underlying ethos for the Trump administration — diversity of thought.

“When you look at the composition of the initial Economic Advisory Board, it kind of reminds me of what Trump is doing here,” Justin Danhof, general counsel of the National Center for Public Policy Research and director of the Free Enterprise Project, told The Daily Caller News Foundation. “He’s putting together a team of rivals. If you want to get to the best ideas, you can’t have everyone in the room thinking the same thing.”

Alphabet announced on Thursday that Schmidt will be stepping down in January, marking the seeming end to a 17-year-career at Google and its parent company. It’s quite likely that he will maintain economic and personal interests in the business, especially since he’s expected to stay on as a member of Alphabet’s board of directors and serve as an adviser.

Some, like David Williams, president of the Taxpayers Protection Alliance, saw Schmidt’s taking of the helm as somewhat disconcerting given the “open-door policy” the Obama administration allegedly had with one of the country’s most powerful companies.

“There needs to be a massive amount of oversight with this Board,” Williams told TheDCNF. “If the DOD is contemplating new technology to address a new defense need, will it be skewed toward a technology that benefits Google or one of the companies? Massive potential for conflicts of interest with real taxpayer implications.”

And it’s not just personal business affairs that are concerning to some — Schmidt’s own brand of politics could conceivably come into play, whether intentionally or subconsciously. He was spotted wearing a staff badge during then-Democratic candidate for president Hillary Clinton’s election night party. Not long after, Schmidt reportedly told an audience of employees that Trump is “going to do these evil things as they’ve done in the immigration area and perhaps some others.”

In correlation with his statements to employees, Alphabet also reportedly spearheaded the funding efforts for the legal brief signed by nearly 100 companies that objected to Trump’s temporary immigration ban.

But due to the work of the DIB — which mainly centers around projects like modernizing military bases and ensuring defense systems are sufficiently up to date — it appears that personal politics likely has a minimal impact.

“The Defense Innovation Board is focused on supporting the Department of Defense on issues, such as AI, data analytics, software acquisition, and shaping the culture of the DOD workforce. These issues know no partisan boundaries,” Navy Cmdr. Patrick Evans, who does press operations for the Pentagon, told TheDCNF. “DOD cares about enhancing lethality, strengthening alliances and partnerships, and reforming the Department. DIB is about advancing the Department and serving the American public, not politics.”

Google declined to comment on the record and referred TheDCNF to the DOD for any statements or insight.

A top representative for Google was sure to add, though, that Schmidt serves on the board in a personal respect, separate from his work at Alphabet or its subsidiaries.

Conversely, Schmidt could arguably be more than a good fit for the DIB given its overarching goals.

The program “seeks to advise the department on areas that are deeply familiar to Silicon Valley companies, such as rapid prototyping, iterative product development, complex data analysis in business decision making, and organizational information sharing,” Evans explains. “Then-Secretary Carter selected the board to represent a cross-section of America’s most innovative industries, drawing on technical and management expertise from across the country.”

Furthermore, Alphabet is a tech conglomerate that, along with other functions, serves as a corporate umbrella for several subsidiaries including Google. Most notably, Alphabet includes X lab, which serves as an incubator for startups, meaning the larger holding company also acts as a hub for technological research and development.

Williams says that “the idea of the DIB isn’t a bad one” because updating the government’s services and infrastructure is needed.

“The only concern is that there’s too much of an emphasis on tinkering rather than fundamental reforms, like ending big failing spending programs,” he added, implying that innovation may distract from more necessary changes, like deep cuts to costly expenditures.

Danhof says the DIB is a great idea, even with the prospect of it backfiring for Trump if board members resign out of political protest.

“If you think about how laggard the U.S. government is when it comes to innovation and technology breakthroughs, if you look at the backlog that’s at the VA [Department of Veteran Affairs], if Eric Schmidt could do even one thing to improve something like that, then I think that this should be cheered as a great success,” Danhof asserted. “President Trump should be cheered for thinking outside the box and going with someone who has spoken out against him, who is a political rival in a sense in that he supports the other party full lock, stock, and barrel. Trump is willing to look past all of that to try to find the best people to help this government operate better.”

While also commending Obama for the board’s creation, Danhof said having Schmidt stay on the board is a true sign of Trump’s acute business acumen since any good business operator or owner doesn’t hire people merely because they think the same way and are likable.

“You hire someone who’s the best person for the job,” Danhof continued. “If it’s how we technologically innovate, why wouldn’t you think of one of the founders of Google, even if he is against you in almost everything you say, think, or do in a political standpoint?”