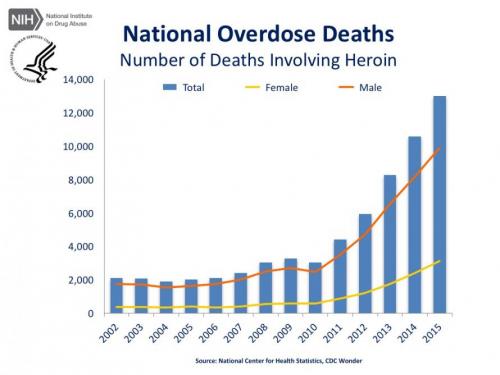 In 1971, the Nixon administration coined the term “War on Drugs.” Nixon’s crusade to eliminate illegal drug-use turned into propaganda by state-run media and was championed by succeeding presidents, including Reagan. Four decades and counting: The continued failure of the War on Drugs has led the government to waste hundreds of billions of dollars in taxpayer dollars and turned America’s prison system into a dystopian nightmare.

Prohibition of drugs is not only ineffective, but counterproductive, at achieving positive outcomes for society. Given the fact that the War on Drugs has contributed to an increase in drug overdoses and fostered the creation of powerful drug cartels domestically and internationally.

We have to ask the question: What can America do differently since the War on Drugs has failed?

The answer could be in the city of San Francisco, as the Department of Public Health is on pace to open two safe injections sites this July, which could become the nation’s first legal, safe injection site aimed at curbing the opioid epidemic. The facilities are considered safe spaces where drug abusers can inject drugs, such as heroin and fentanyl, under the careful supervision of trained medical staff to respond in the event of an overdose or other medical emergencies, said CNN.

While San Francisco Mayor Mark Farrell believes the controversial facilities are not the ideal solution, he thinks the city has no other choice in arresting the out of control overdose deaths ravaging the region.

“I understand the misgivings around it and some of the rhetoric from people who don’t support it,” Farrell said last week. “But we absolutely need to give it a try.”

Other cities — including Seattle, Baltimore, and Philadelphia — are discussing safe injection facilities with their community leaders, but San Francisco could be the first in the next few months. For some time, facilities in Australia, Canada, and Europe have been providing a friendly environment for drug users to chase the dragon.

San Franciso’s plans to open both safe space facilities are around the July timeframe.

“I’m really excited,” said Laura Thomas, the California state director for the nonprofit Drug Policy Alliance. “I’ve been working on this particular issue for over a decade.”

According to the Safe Injection Services Task Force, there are some 22,000 intravenous drug users scattered around San Francisco, which the number is growing as the technology boom has priced many people out of homes which contributed to an explosion in the homeless population, and of course, has led many to a life of drugs on the streets.

‘Dreamer’ Wanted In Murder Of Store Owner In Texas