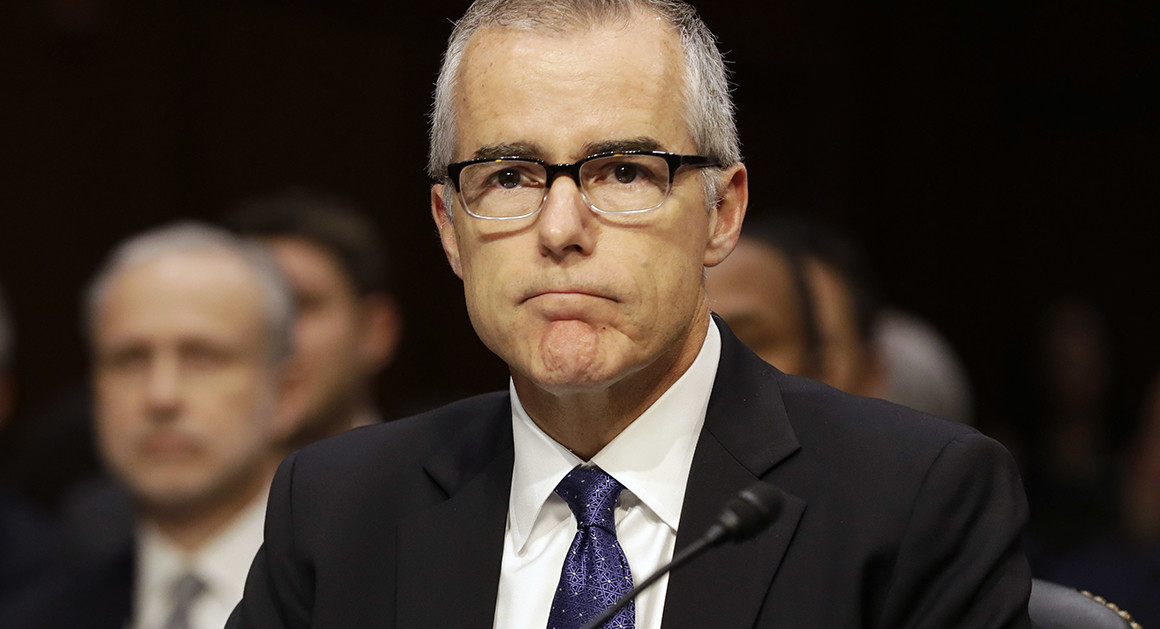 The DOJ Inspector General, Michael Horowitz, wants to know why McCabe allegedly took little to no action for approximately three weeks on the trove of emails sent by Hillary’s top aide, Huma Abedin – Weiner’s wife, which were discovered during an unrelated investigation into Weiner “sexting” with an underage girl.

The inspector general, Michael E. Horowitz, has been asking witnesses why FBI leadership seemed unwilling to move forward on the examination of emails found on the laptop of former congressman Anthony Weiner (D-N.Y.) until late October about three weeks after first being alerted to the issue, according to these people, who spoke on the condition of anonymity to discuss the sensitive matter.

A key question of the internal investigation is whether McCabe or anyone else at the FBI wanted to avoid taking action on the laptop findings until after the Nov. 8 election, these people said. It is unclear whether the inspector general has reached any conclusions on that point. -WaPo

In late September 2016, approximately five weeks before the US election, thousands of Huma Abedin’s work-related emails were found on Weiner’s laptop. According to WaPo, the New York FBI office alerted FBI headquarters within days – though accounts as to the exact date vary.

Either way, McCabe was made aware of the matter by late September or early October, as the NY field office agents wanted to discuss the issue with DC Clinton email investigators to compare notes. According to people familiar with the matter, officials at FBI headquarters requested the emails’ metadata – which include the sender, recipient and timestamp.

While McCabe is said to have been involved in those discussions, accounts vary as to how much then-FBI Director James Comey knew of the situation.