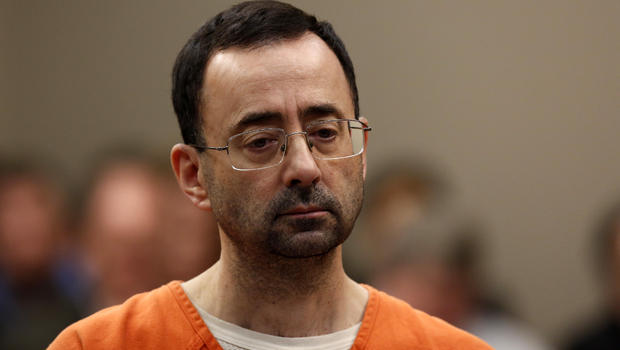 After FBI offices in three cities were told in July of 2015 that sports doctor Lawrence “Larry” Nassar had been molesting elite gymnasts, the agency advised officials with the US Gymnastics team “not to discuss the case with anyone,” before sitting on their hands for over a year – while dozens of girls continued to fall victim to the once-respected Doctor.

Nasser routinely gave his teenage victims highly inappropriate massages under the guise of providing legimiate therapy, with some as young as 12.

Jane Doe is an Olympic medalist who claims she was sexually assaulted by Nassar from 1994 to 2000, from when she was 12 or 13 until she was 18. She is also suing USA Gymnastics and three of its past presidents, according to the Indianapolis Star. The lawsuit claims the organization was warned about Nassar and did not adequately address concerns about him.

In the lawsuit she accuses Nassar of “groping and fondling” her “vagina and anus.”

The lawsuit claims Nassar began “grooming” her in 1994 “under the guise of care, athletic training, osteopathy and kinesiology to normalize intimate, inappropriate and sexually abusive contact.”

She accuses Nassar of fondling and groping her “feet, ankles, thighs, buttocks, hips, waist, breast, arms, shoulders and neck” while claiming it was part of the treatment. -Heavy (July, 2016)

The New York Times identified “at least 27 girls and women who say Dr. Nassar molested them between July 2015, when he first fell under F.B.I. scrutiny, and September 2016, when he was exposed by an Indianapolis Star investigation.”