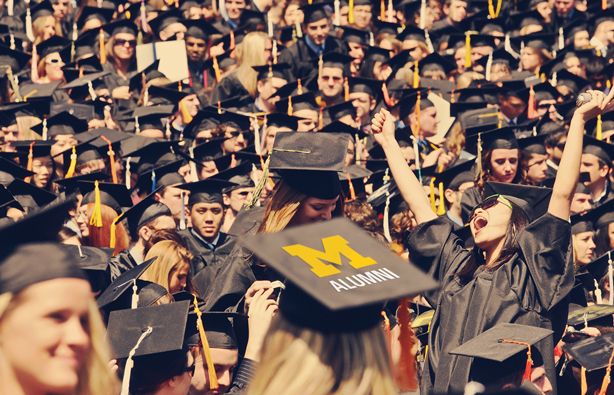 White guilt has made its way to the University of Michigan, a beacon of progressive nonsense.

The university, according to The College Fix, held a two-day professional development conference centered around “whiteness” — which, as we all know, is very “problematic” these days.

At the conference, which was held December 4-5, white employees were trained on how to “deal with their ‘whiteness’ so they could become better equipped to fight for social justice causes,” organizers told the Fix.

Those riddled with the inherent sin of whiteness were taught how to “recognize the difficulties they face when talking about social justice issues related to their White identity, explore this discomfort, and devise ways to work through it,” reads the university’s site.

By “unpacking Whiteness,” white folks will learn how to help others at the university with issues “related to identity and social justice,” adds the site.

A “Conversations on Whiteness” session centered around the “Privileged Identity Exploration Model,” which was developed in 2007 by University of Iowa professor Sherry Watt. The model focuses on white folks who refuse to recognize their “privilege,” highlighting defenses like “denial” and “minimisation.”

The PIE model “purports to be a method for understanding how people react to stimuli that alert them of the privilege they hold,” notes the Fix. According to Watts, the model uses “facilitators” to “engage participants in discussions about diversity.”

At this lovely conference, attendees were also welcome to attend a session titled, “I Don’t Feel Safe Talking About Race,” which gave staffers the “tools to create a safer climate to promote dialogue around racial issues.”