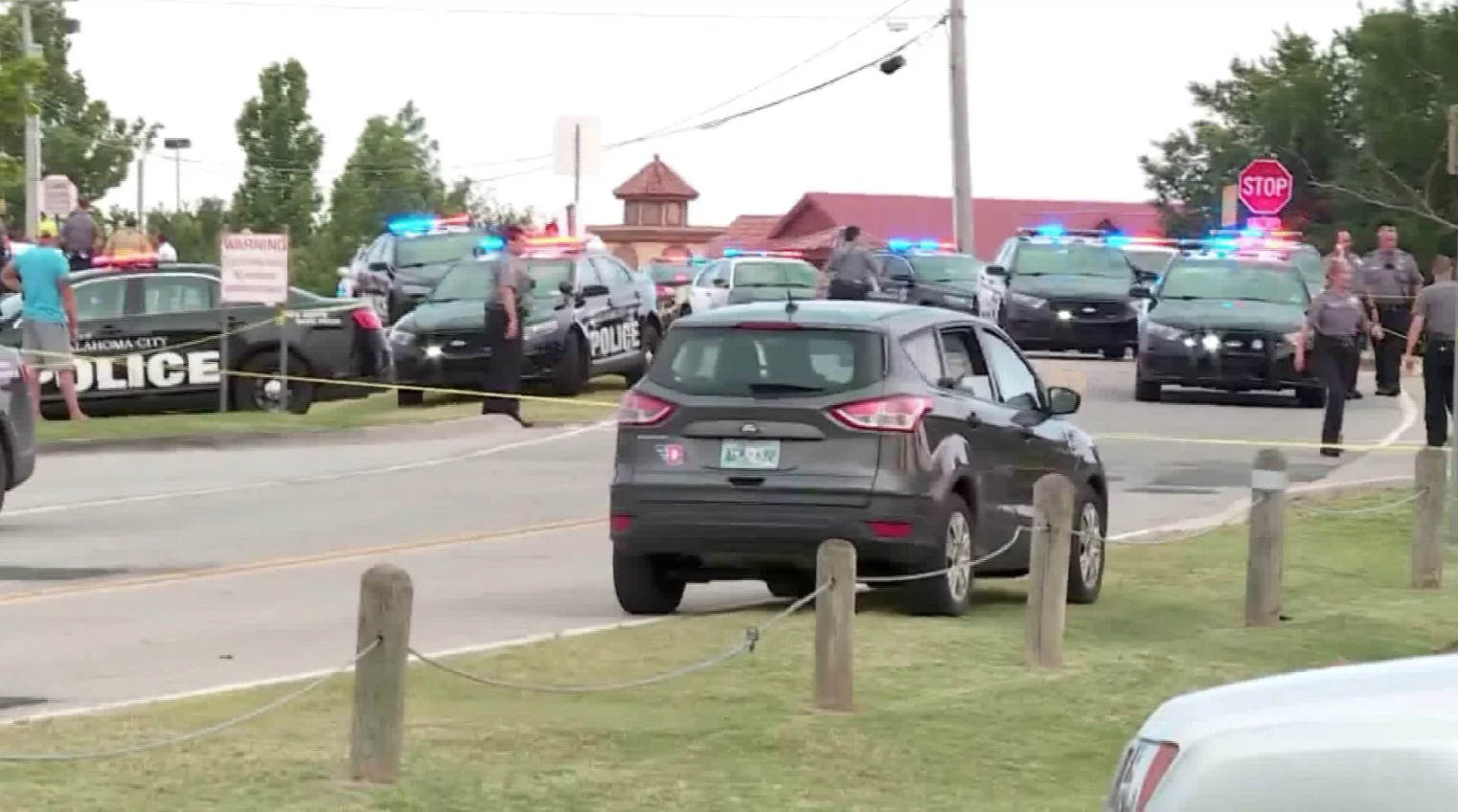 A mother and daughter were shot Thursday night at a popular restaurant on Lake Hefner in northwest Oklahoma City, police said.
The shooting occurred at Louie’s Grill & Bar at 9401 Lake Hefner Parkway around 6:30 p.m.

According to Captain Bo Mathews with the Oklahoma City Police Department, the suspect described as an 18 to 20-year-old white male entered the restaurant and opened fire.

A mother and daughter celebrating a birthday were the shooting victims. They were both transported to OU Medical Center. News 9 has learned that the victims are Natalie Will and her daughter, Niah.

A man that was trying to flee from the scene, fell and broke an arm.

Capt. Mathews says when the suspect exited the restaurant, he was confronted by a citizen who took out his own firearm, shooting and killing the suspect.

The suspect has not been identified.

Trump Appreciates Navy Grads By Shaking All Their Hands