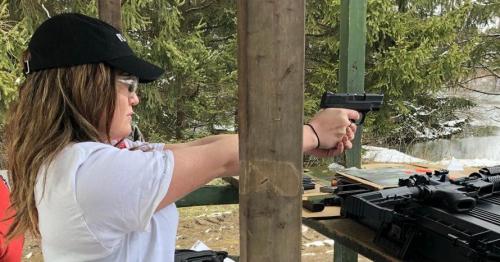 Another student has been ‘disciplined” because of proudly expressing their 2nd Amendment Right. Leandra Westbrook (pictured in this article) was called out of class and even searched by police because of a students overhearing her talk about her conceal and carry license

Zerohedge Reports: Leandra Westbrook, a junior at Kent State University, claims she was wrongfully detained by campus police after students overheard her talking about her concealed carry license.

Westbrook, a junior studying political science, told Campus Reform that she had a phone conversation with a friend on the afternoon of April 27, during which she lamented “how it is a shame that I cannot carry a gun on campus, considering I have my carry license.”