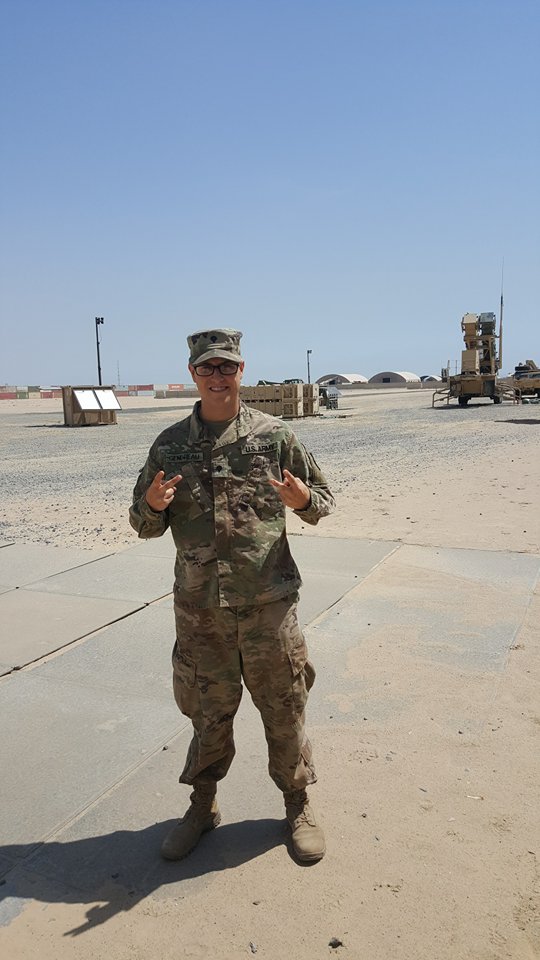 Sometimes you just need to take a break, relax, and dance.

Around 1400 hours (2 PM), Spc. Cedric Gendreau was working hard in the desert heat, packing a connex full of military gear.

“We were reorganizing a connex, it was hot, so we decided to take a short break,” said Spc. Cedric Gendreau.  “During the break, one of my buddies began to play music and I told him to play ‘Take On me’ by A-ha.”

When the song began to play, Spc. Cedric Gendreau began to bring out his dance moves:

Spc. Cedric Gendreau uploaded the video he made to Facebook, all the reactions he received were priceless.

“Everybody started sharing it.  All the people in the comment section thought it was great and funny,” said Spc. Cedric Gendreau. “I made the video to give people back at home and the other soldiers in my unit a good laugh.”

About a month later, a huge sandstorm hit the area.

“There was this huge sandstorm and we were in our shack because the sandstorm got worse,” said Spc. Cedric Gendreau.  “We were in the middle of training and we had to stop in order to seek shelter.”

After the soldiers found shelter, Spc. Cedric Gendreau wanted to dance, so he did.

“While we were in the shack, my friends and I had the bright idea of making another dance video,” said Spc. Cedric Gendreau.

They made the video, the storm passed, and the soldiers still continued to press on.

If dancing is required to accomplish the mission, then dance.

Saudi Arabia Will Acquire Nukes If Iran Does