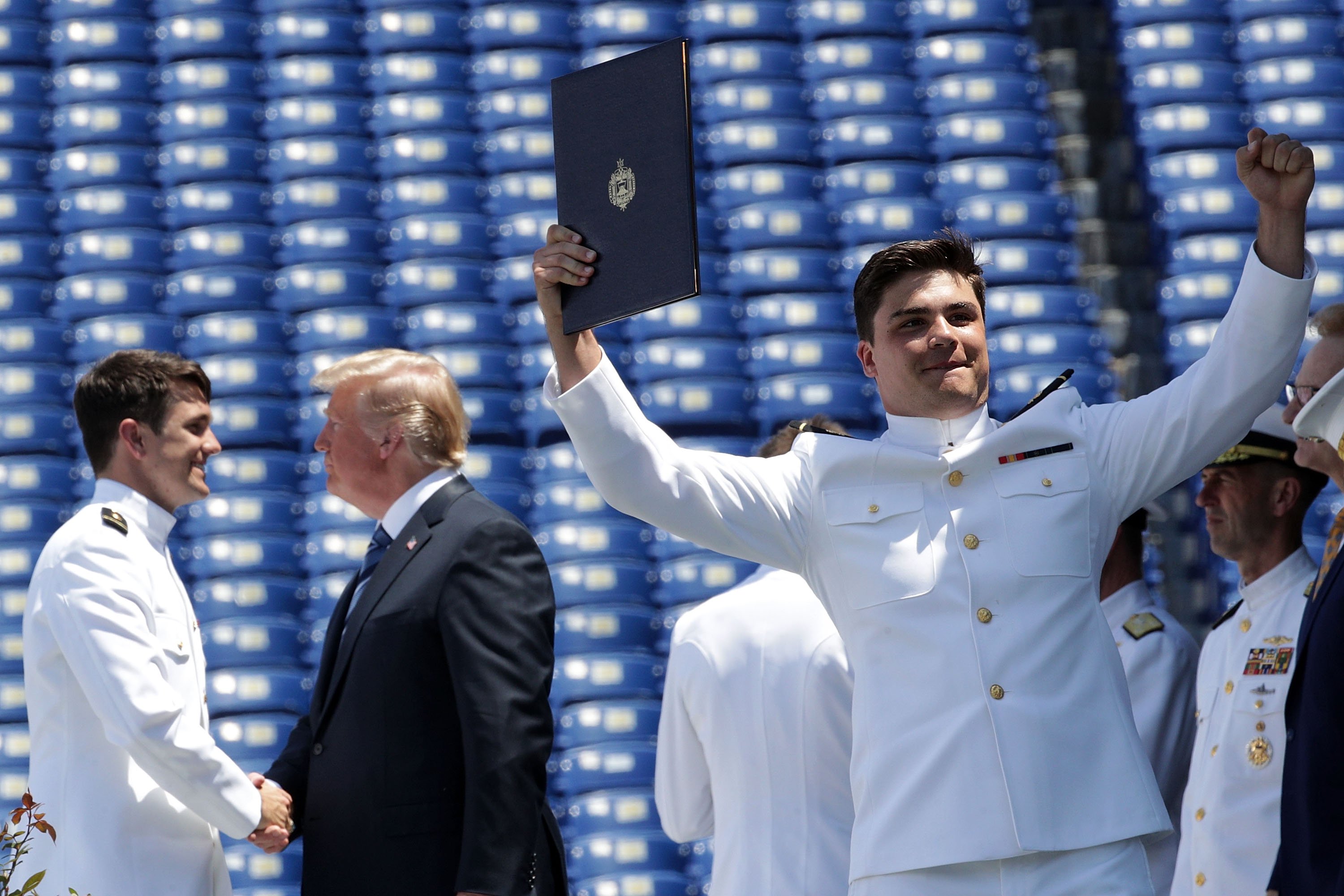 ou usually don’t expect commencement speakers to stick around long after the speech is over, especially not when the speaker is the president.

In fact, he not only stuck around to shake hands with each and every grad following his commence address on Friday, he actually asked them whether he could do it.

Well, stay, of course. And stay he did.

During the speech itself, the president gave a rousing tribute both to the graduates themselves and to the American spirit.

“Four years ago, each of you made the most important decision of your lives,” the president told the graduates. “You chose the path of hard work, sweat, and sacrifice. You chose the life of honor, courage, and commitment. You chose to serve the nation and defend our great American flag. You chose the Navy, blue and gold, from the first moments of induction day.”