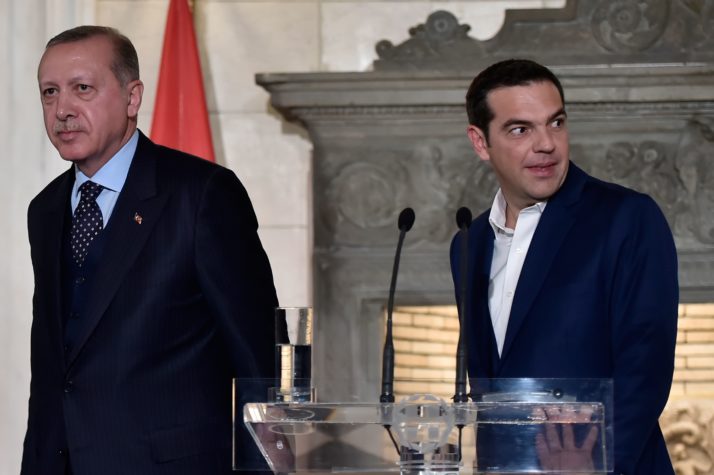 In an incident that took place less than two weeks after the Greek Defense Ministry announced that Turkey had violated Greek airspace 138 times in a single day, a Turkish coast guard patrol boat on February 13 rammed a Greek coast guard vessel off the shore of Imia, one of many Greek islands over which Turkey claims sovereignty.

Most of the areas within modern Greece’s current borders were under the occupation of the Ottoman Empire from the mid-15th century until the Greek War of Independence in 1821 and the establishment of the modern Greek state in 1832. The islands, however, like the rest of Greece, are legally and historically Greek, as their names indicate.

Turkey’s ruling Justice and Development Party (AKP), however, and even much of the opposition seem intent on, if not obsessed with, invading and conquering these Greek islands, on the grounds that they are actually Turkish territory.

In December, for instance, Kemal Kılıçdaroğlu, the leader of the main Turkish opposition CHP party, stated that when he wins the election in 2019, he will “invade and take over 18 Greek islands in the Aegean Sea, just as former Turkish PM Bulent Ecevit invaded Cyprus in 1974.” He said that there is “no document” proving that those islands belong to Greece.

Meral Akşener, the head of the newly established opposition “Good Party,” has also called for an invasion and conquest of the islands. “What is required must be done,” she tweeted on January 13.

The most garish muscle-flexing has come from Turkish President Recep Tayyip Erdoğan, of course, who seems emboldened by his military invasion of the Afrin region in northern Syria having gone virtually unchallenged.