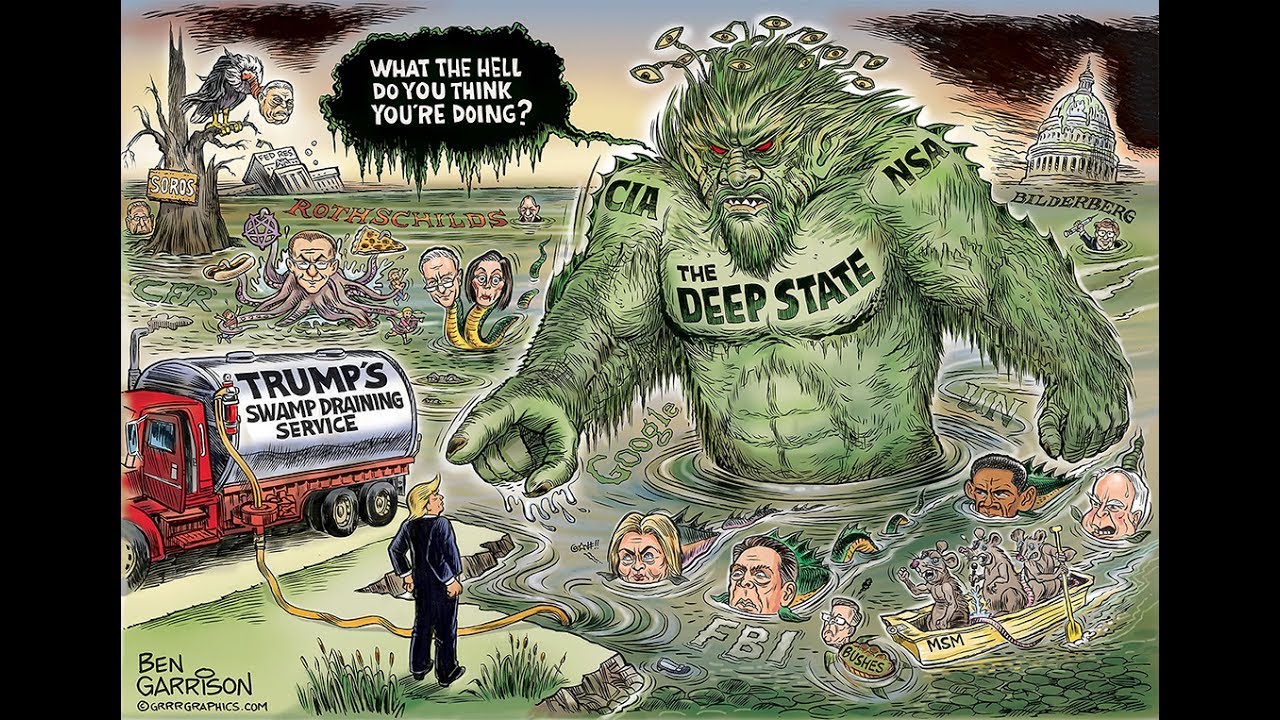 For the past two years, the long-running narrative, at least that promulgated by the mainstream media which continues to “explain away” Hillary Clinton’s loss to Donald Trump, is that Americans had fallen for a massive, long-running fake news scam (in part aided and abetted by the likes of Facebook), which boosted Trump’s popularity at the expense of Hillary’s as part of some giant “Russian collusion” conspiracy theory between the Trump campaign and the Kremlin (which Mueller was supposed to uncover, but has instead shifted to investigating obstruction, seemingly unable to find anything).

But what if that entire narrative is dead wrong: what if Americans have become so skeptical in the government process and structure, they never needed a “fake news” boost to vote for an establishment outsider?

According to a new poll, that’s precisely the case because a supermajority of Americans believes the faction of unelected officials, known as the deep state, is orchestrating policy in Washington, D.C. and effectively running the nation.

The Monmouth University Polling Institute found that no less than 74% of Americans believe in a “deep state” when it is described as a collection of unelected officials running policy. Only 21% do not believe this kind of group exists.

As a result of countless “conspiracy theories” being proven as facts in recent years, chief among which the Edwards Snowden revelations which exposed the NSA as nothing short of “big brother”, and the Wikileaks disclosures which revealed how the Democratic Party colluded against Bernie Sanders to promote Clinton’s candidacy and countless more such examples, fully 8-in-10 believe that the U.S. government currently monitors or spies on the activities of American citizens, including a majority (53%) who say this activity is widespread and another 29% who say such monitoring happens but is not widespread. Just 14% say this monitoring does not happen at all. Shockinly, there were no substantial partisan differences in these results.

Illegal Immigrants Have Been Committing Identity Fraud According To The IRS