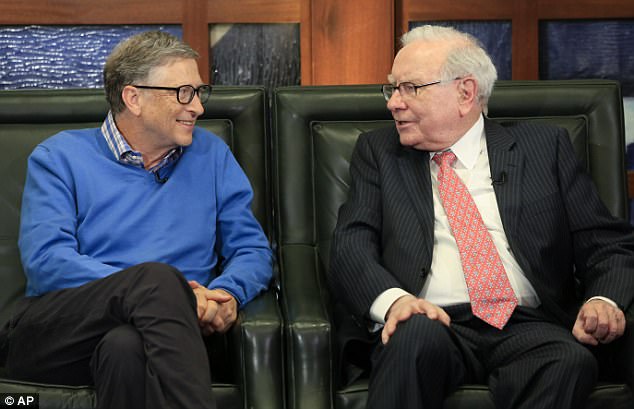 So the FBI is again investigating the “Bill, Hillary & Clinton Foundation.” That should make Bill and Melinda Gates, Warren Buffett, and other affluent Americans who have given to the Clinton Foundation wish they had asked more questions before writing those checks.

Here’s why: “Due diligence” doesn’t end when the Clinton “charities” cash your check.

The FBI agents and forensic accountants probing the Clinton Foundation must go all the way back to Oct. 23, 1997, and examine precisely how a public charity, organized to hold federal records of the Clinton presidency, somehow evolved by 2002 to “fight HIV/AIDS internationally,” plus a raft of additional tax-exempt purposes that were never properly authorized in the foundation’s Articles of Incorporation.

The FBI should train its sights on the Dallas office of the IRS. On May 19, 2015, Rep. Marsha Blackburn (R-Tenn.) and colleagues in the U.S. House of Representatives called on the federal tax agency to investigate the Clinton Foundation. The IRS treated this solidly grounded request dismissively.

It was not until July 22, 2016, following a second congressional request led by Blackburn, that then-IRS chief John Koskinen said agency officials in Dallas would open a review of the multiple issues flagged by the Republican members of Congress.

Records already held by the IRS concerning the main Clinton Foundation and its affiliates are voluminous and include key information the public does not have, such as the names and precise amounts donated by major contributors each year from 1998 through 2016.

The FBI should review the IRS’s work from July 22, 2016, forward to determine how comprehensively the tax agency examined Clinton Foundation filings and to spot the multiple massive defects in the charity’s official reports, including false statements and noncompliant financial audits.

Big trouble for big donors to the Clintons. Without access to a Nov. 18, 2004, agreement signed by the Clinton Foundation, investigators will not know the foundation is required to remain a “public charity” as long as federal records of the Clinton presidency are kept in its Little Rock, Arkansas, presidential library.

Note here that a “public charity” must be supported broadly by members of the public and cannot be controlled by a single family. Then further note that as of Nov. 2, 2013, the Clinton Foundation violated its presidential library agreement with the National Archives by amending its bylaws to create Class A and Class B directors.

That created major league tax problems for the Clinton Foundation and its private foundation donors such as the Gates, beginning in 2013 when the charity switched auditors from BKD, LLP to PricewaterhouseCoopers.

Why? Because both the Clinton Foundation and its multiple affiliates ceased being validly organized and operated public charities as a result of the Class A/Class B amendment. This is key for both the IRS and FBI investigators, and such donors as the Gates and Buffett.

The Clinton Foundation and many large private foundations operate in New York State where charities must register and where they are required to report “material changes” in their legal status and operating structures within 30 days.

Why have the Gates and Buffett worked so closely with a set of charities whose public record is so deeply flawed and that now is under investigation by the FBI and IRS?

President Donald Trump will soon attend the World Economic Forum at Davos, along with representatives of advocates for unregulated “globalism,” many of whom benefit from loosely controlled charities that are in fact slush funds for the rich and powerful.

Meanwhile, former Rep. Corrine Brown, an African-American Democrat from Florida, will shortly report to federal prison for her part in running an $800,000 charity as a personal piggy bank. How long till accounting firms realize clients who donated to the Clinton Foundation have huge potential tax problems constituting “material changes” reportable in New York, California, and other states?

And how much longer will the Clinton Foundation charity network be allowed to solicit funds? The issue of effectively regulating and disciplining illegally organized and operated charities is about to become front of mind worldwide.