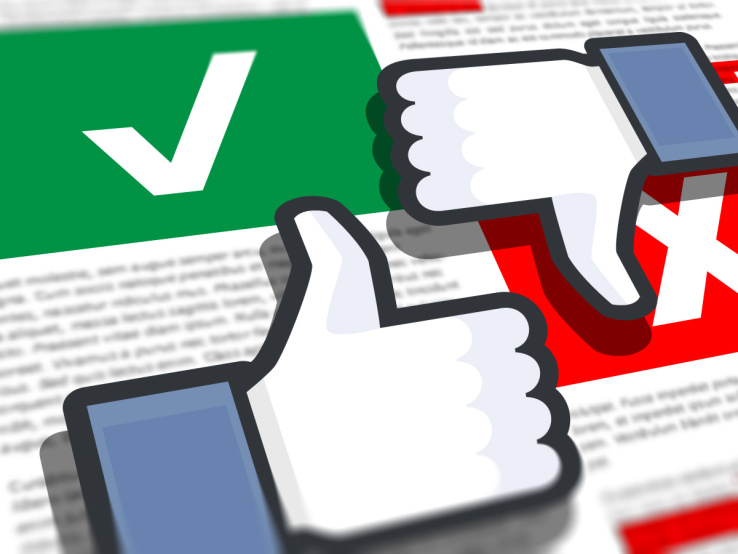 2017 was the first year when public sentiment in the West began to shift against media, and large tech companies like Facebook and Google for allegedly enabling “fake news.” While decades of flawed economic policies have resulted in out of control wealth inequality, which has driven the public to populism and nationalism, somehow it is all the content distributors’ fault. But nowhere in the West has the backlash been bigger than Germany, thanks to a compounding refugee crisis that has made the situation worse.

And, as we reported recently, the backlash prompted government officials, who lost control of the narrative, to push through a sweeping anti-hate speech law to silence the opposition. The law forces websites to censor content deemed illegal under the new law and have it deleted within 24-hours. On January 01, 2018, the law was enforced and immediately claimed its first victim, a German satirical magazine’s Twitter account which “parodied anti-Muslim comment,” according to Reuters.

The Titanic magazine was mocking Beatrix von Storch, a member of the anti-immigrant Alternative for Germany (AfD) party, who criticised the police for tweeting in Arabic “to appease the barbaric, Muslim, rapist hordes of men”.

Beatrix wrote the tweet on Dec 31, 2017, as it was quickly deleted by Twitter after it received numerous of complaints on social media. Beatrix’s account was briefly suspended as prosecutors (i.e. the local thought police) examined her comments for hate speech.

Late Tuesday, Titanic magazine joked about Beatrix’s tweet on Twitter, quoting her tweet: “The last thing that I want is mollified barbarian, Muslim, gang-raping hordes of men.” On Wednesday, Titanic learned their account was blocked over the message, because of the new hate speech law enacted on Monday that could sanction the media company up to 50 million euros ($60 million).

Titanic editors were in absolute shock by the actions of Twitter. Titanic editor Tim Wolff reflected on the magazine’s website, who stated the new hate speech law is not exactly what Chancellor Angela Merkel and Justice Minister Heiko Maas pitched.

The Association of German Journalists (DJV) said it had warned about the dangers of social media companies in America censoring content in Germany when the law was drawn up last year.

“A private company based in the United States decides the boundaries of freedom of the press and opinion in Germany,” DJV Chairman Frank Ueberall called on parliment to reverse the hate speech law.

Twitter, Facebook and other social media platforms are scrambling to adapt to the law, and its implementation is being closely watched after warnings that the threat of fines could prompt websites to block more content than necessary.

Germany has some of the world’s toughest laws on defamation, incitement to commit crimes and threats of violence, with prison sentences for Holocaust denial or inciting hatred against minorities.

Merkel’s conservatives accused the AfD of undermining the post-war democratic consensus in Germany.

“The racism that AfD lawmakers have been tweeting for days is intentionally violating, with criminal intent, the basic consensus which democrats have built up since 1949 despite all disagreements,” Armin Laschet, party deputy of Merkel’s Christian Democrats, tweeted.

“By doing this, they want to pave the way to a totally different republic.”

Of course, George Orwell would be rolling over in his grave if he caught wind of Germany’s social media censorship through an American corporation. In Titanic magazine’s case, their Twitter account may have been restored, but we expect many more websites throughout 2018 will be sanctioned due to this “brave” new law.