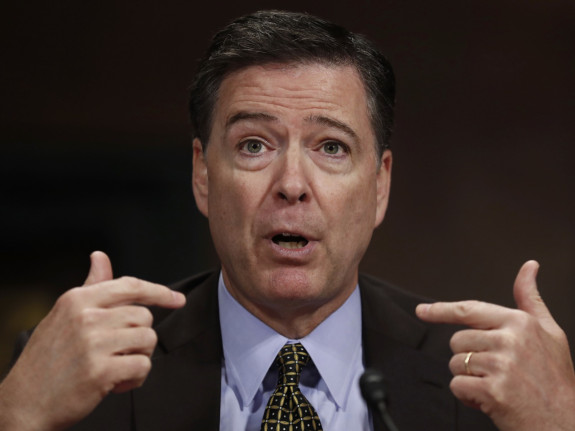 In March 2017, then-FBI Director James Comey briefed a number of Capitol Hill lawmakers on the Trump-Russia investigation. One topic of intense interest was the case of Michael Flynn, the Trump White House national security adviser who resigned under pressure on Feb. 13 after just 24 days in the job.

There were widespread reports that Flynn had lied to Vice President Mike Pence about telephone conversations that he, Flynn, had with Russian Ambassador Sergey Kislyak during the transition in late December 2016. On Jan. 24, 2017, two of Comey’s FBI agents went to the White House to question Flynn, and there was a lot of speculation later that Flynn lied in that interview, which would be a serious crime.

“The Jan. 24 interview potentially puts Flynn in legal jeopardy,” the Washington Post reported in February. “Lying to the FBI is a felony offense.”

There was also a lot of concern in Congress, at least among Republicans, about the leak of the wiretapped Flynn-Kislyak conversation. Such intelligence is classified at the highest level of secrecy, yet someone — Republicans suspected Obama appointees in the Justice Department and intelligence community — revealed it to the press.

So in March, lawmakers wanted Comey to tell them what was up. And what they heard from the director did not match what they were hearing in the media.

According to two sources familiar with the meetings, Comey told lawmakers that the FBI agents who interviewed Flynn did not believe that Flynn had lied to them, or that any inaccuracies in his answers were intentional. As a result, some of those in attendance came away with the impression that Flynn would not be charged with a crime pertaining to the Jan. 24 interview.

NYT Crushes On Kim Jung Un’s Sister; Has A History Of Supporting Dictators Including Hitler