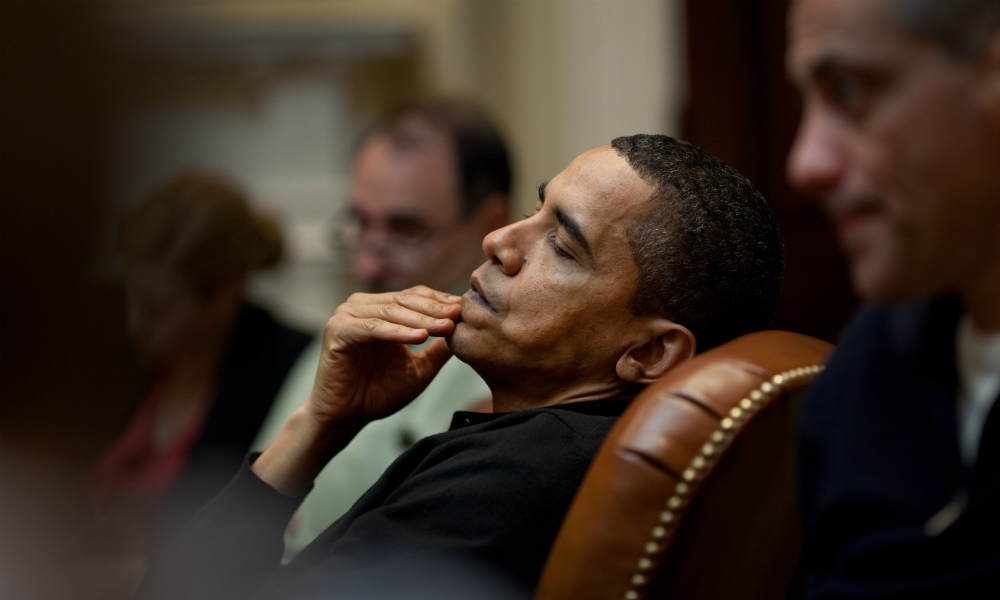 Congress has demanded that the Department of Justice turn over all documents related to a disturbing report from POLITICO that the Obama administration quashed a massive DEA investigation into a $200 million per month drug trafficking and money laundering scheme on U.S. soil which was directly funding Hezbollah’s various terror campaigns around the world.

“Add this to the long list of concessions the Obama administration made in pursuit of the nuclear agreement with Iran,” said the source, who was not authorized to speak on the record about the matter. “The difference here is that this wasn’t just bad policy—it was potentially criminal. Congress absolutely has a responsibility to get to the bottom of this.”

The letter follows a commitment made by congressional leaders to open an investigation into the explosive claims of what is being described as a “potentially criminal” enterprise described to the Free Beacon by a congressional source as an offshoot of Obama’s nuclear agreement with Iran which saw $1.7 billion dollars of euros, Swiss francs and other currencies shipped directly to Tehran on wooden pallets.

In early 2016, French police smashed a Hezbollah cell accused of trafficking cocaine for one of the world’s most ruthless drug cartels in order to fund the militant group’s operations in Syria. The Telegraph reported at the time:

The agents, arrested in France, allegedly masterminded a massive global drug ring which raised millions of dollars to arm Hizbollah gunmen fighting for Bashar al-Assad, the Syrian president, in Syria. Two years ago, one of the outfit’s sicarios, or hitmen, was arrested in Spain on suspicion of having ordered up to 400 murders worldwide. The Hizbollah agents detained by French police include alleged leaders of the group’s European cell, including 45-year-old businessman Mohamad Noureddine. The DEA, which has classified him as a “specially-designated global terrorist”, accuses him of being a Lebanese money launderer for Hizbollah’s financial arm.

A DEA statement said: “These proceeds are used to purchase weapons for Hizbollah for its activities in Syria. This ongoing investigation…once again highlights the dangerous global nexus between drug trafficking and terrorism.”

Despite the active and ongoing DEA investigations into Hezbollah’s global operations, the Obama administration “threw an increasingly insurmountable series of roadblocks in its way” according to Politico.

In a Thursday letter from Reps. Jim Jordan (R-OH) and Ron DeSantis (R-FL) and obtained by the Washington Free Beacon, Congress demanded all communications and documents related to the DEA’s “Project Cassandra” campaign which targeted “a global Hizbollah network responsible for the movement of large quantities of cocaine in the United States and Europe,” along with information on operations “Titan” and “Perseus,” as well as the Lebanese Canadian Bank, The Iran-Hezbollah Super Facilitator Initiative, and several named individuals.

“We have a responsibility to evaluate whether these allegations are true, and if so, did the administration undermine U.S. law enforcement and compromise U.S. national security,” the lawmakers wrote to Attorney General Jeff Sessions Sessions.

As the Free Beacon reported yesterday:

U.S. drug enforcement agents who spoke to Politico about the matter accused the Obama administration of intentionally derailing an investigation into Hezbollah’s drug trafficking and money laundering efforts that began in 2008 under the Bush administration.

The investigation centered on Hezbollah and Iranian-backed militants who allegedly participated in the illicit drug network, which was subject to U.S. wiretaps and undercover operations.

Hezbollah is believed to have been laundering at least $200 million a month just in the United States, according to the report.

When U.S. authorities were ready to make the case against Hezbollah’s most senior leadership, Obama administration officials allegedly “threw an increasingly insurmountable series of roadblocks in its way,” according inside sources who spoke to Politico about the situation

The Obama-led effort to block the investigation was “a policy decision, it was a systematic decision,” one source said. “They serially ripped apart this entire effort that was very well supported and resourced, and it was done from the top down.”

As we reported yesterday, Representative Peter Roskam (R-IL), a chief national security voice in the House who fought against the nuclear accord, mimicked the views of DeSantis saying that Congress must investigate the Obama administration’s actions and work to increase pressure on Hezbollah.

“The report alleging the Obama Administration turned a blind eye and allowed Hezbollah to pump drugs into the United States to fund its terror campaigns in the Middle East is not surprising,” Roskam said. “Hampering the DEA’s investigation of Hezbollah would be emblematic of the previous administration’s fixation to strike a nuclear accord with Iran at any costs.”

“This blind eye imperiled our efforts to combat Iran and its proxies’ malign behavior and left us with a cash-flush Iran on the warpath across the Middle East with a nuclear program legitimized by the JCPOA,” Roskam said, using the acronym for the nuclear deal’s official name, the Joint Comprehensive Plan of Action. “Congress needs to investigate this report and do what the Obama Administration refused to do, severely increase pressure on Hezbollah and hold the terrorist group, and its benefactor Iran, accountable for their crimes.”

Congress is especially interested to learn whether key Obama Administration officials, such as National Security Council staffer Ben Rhodes, were involved in quashing the DEA investigation in an effort to preserve diplomatic relations with Iran surrounding the nuclear deal. U.S. DEA agents who spoke to POLITICO accused the Obama administration into derailing an investigation launched during the Bush administration into drug trafficking and money laundering by Hezbollah. The derailed DEA investigation centered on Hezbollah and Iranian-backed militants, which used wiretaps and undercover operations to gather evidence.

Fannie And Freddie Are Here To Stay According To Proposed Legislation