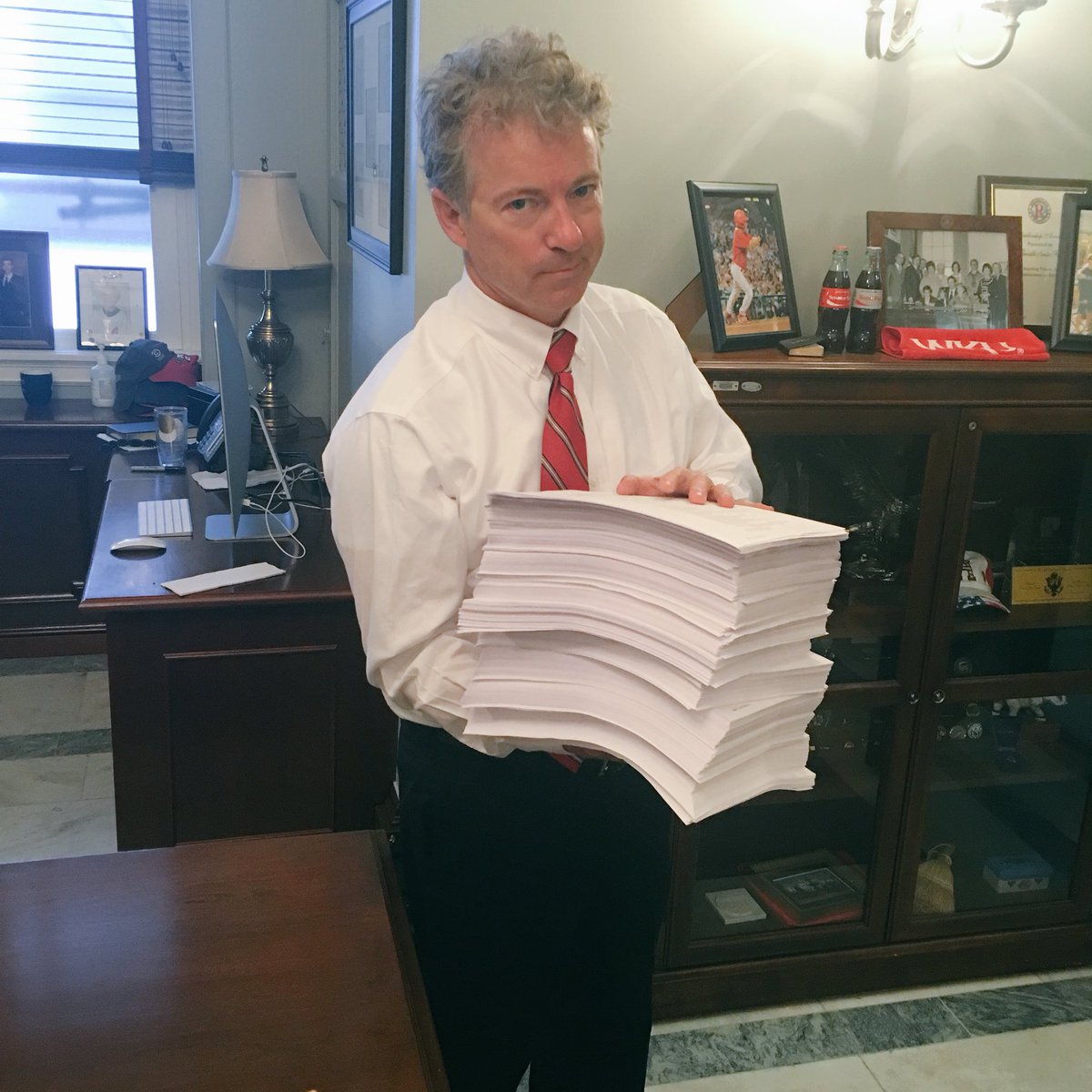 Members of the House of Representatives had 1,000 minutes—overnight—to read a 2,232-page bill that spends $1.3 trillion.

“The bill contains the full legislation and funding for all of the 12 annual Appropriations bills,” said the release. “It totals $1.3 trillion, including $78.1 billion in funding for the Global War on Terror (GWOT)/Overseas Contingency Operations (OCO). Total base funding, excluding OCO and emergencies, is $1.2 trillion.”

At the bottom of the press release, the committee included a link to the House documents page where “the text of the legislation” was available.

The PDF of the full text of the bill that is posted there is 2,232 pages long.

Had a member downloaded the PDF of the bill the moment it was “added” to the House document webpage on Wednesday night and started reading it immediately, and then had the member kept reading it without a break until the moment the vote started at 12:37 pm on Thursday afternoon, the member would have needed to read about 2.32 pages per minute to get it completed.

An American citizen, of course, would also have needed to download the bill the moment it was released to have taken advantage of the full 1,000 minutes that passed before the House Republican leadership brought it up for a vote.