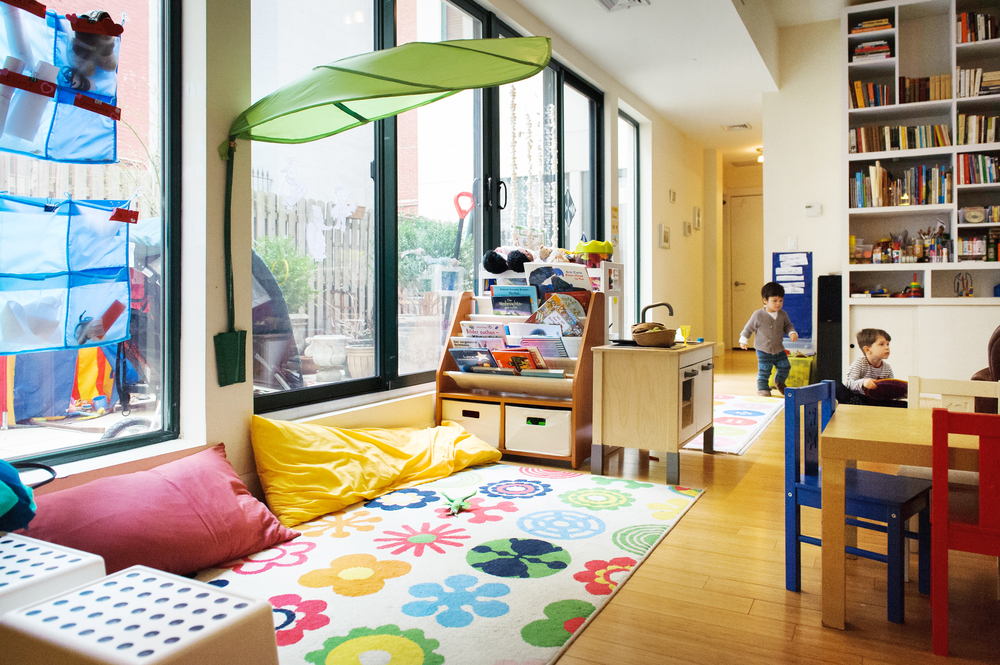 Progressives tweet #YesAllWomen and brag that women can do anything a man can do better (in heels!), but in Washington, D.C., among the bluest of blue cities, Democrats are making it impossible for women to have their cake and eat it too.

New regulations were passed by The District of Columbia Office of the State Superintendent of Education (OSSE) this past March; beginning in 2020, they would require child care providers in D.C. to have an early childhood education degree.

Now, maybe I’m just uninformed. After all, I don’t have a college degree. But how does going to college make you more capable and competent in childcare? Have D.C. Democrats met any college students recently? They aren’t taking parenting classes in between thirsty Thursday and Sunday brunch.

This move furthers the trend of walling off occupations to people with college degrees, for no good reason, which in turn waters down the value of a college degree because everyone needs one. Most employers shouldn’t require a college degree, in terms of the skills required, because most jobs really don’t.

If you want to watch my four-month-old daughter, I don’t care if you have an MBA from Wharton or flunked out of community college. All that matters is that you’re responsible, reliable, and have good judgment. Also patience and the ability to handle a pooplosion. College doesn’t teach those things.

The new regulation not only requires preschool teachers to have a degree, but even men and women taking care of kids from zero to three years old. That’s insane, practically and economically.

As the Weekly Standard notes, citing a report from the Economic Policy Institute, “The average cost of childcare in D.C. is more than $22,600 annually, the highest of any metropolitan area in the country.”

Not to understate how difficult it can be to take care of children, but over $22,000? Come on. To watch young children who are ranging from the developmental stages of sleeping and eating to coloring and using arts and crafts? This isn’t one-on-one care. It’s in a group setting. And this is before this regulation takes effect. Just imagine how much more expensive infant care will get when everyone doing it is paying back college loans.

I am a married woman with a decent salary. My husband and I are full-time working parents with the recent help of a live-in grandparent, so we thankfully don’t need a daycare right now for our four-year-old and four-month-old daughters. It would be very expensive for us. So imagine what it is like for single mothers who don’t have a decent salary? Or who have to work three jobs to keep the bill collectors away? You know, the single mothers progressives say they care about.

As Shoshana Weissmann told The Weekly Standard, “The average D.C. family with a toddler and infant would have to spend up to 63.6 percent of their annual income to enroll their kids in childcare.”

“I appreciate D.C.’s efforts to limit the availability of childcare to the elite,” Weissmann said, “And to keep peons away from children of the few who will be able to afford it.”

As a resident of California, I’m all too familiar with Democrats making the basic stuff of life more expensive for everyone. Take California Bill 1513, which all but abolishes the traditional commission or chair-rental model that salons and spas use to pay stylists and hairdressers, in favor of an hourly rate.

This kills business because it’s forcing them to raise prices above what people are willing to pay. My own hair stylist, whom I’ve been going to for over four years, told me this herself, and I can tell you, doing my hair is expensive now. The result of California Democrats trying to “help” hairdressers? Salons lose money, so raise prices. Customers can’t afford to go to the salon as often, so the salons lose more money and fire (or stop hiring) hairdressers. And hairdressers who previously could make a percentage on the colors, cuts and sales they made are no longer able to profit in the same way for their added effort. Whom exactly does this help?

Watch for the effects of the new D.C. child care regulation to become evident once it’s implemented in 2020. I’m guessing parents will crunch the numbers and many will determine that it’s simply too expensive to send their kids to childcare in the city when there are plenty of other options in nearby Virginia and Maryland.

I’m predicting the law will also lead to higher employee turnover rates for D.C. daycares. Few young, college-educated daycare employees are aiming for a career in daycare. They want to teach or open their own business or, God-forbid, get a Masters or Ph.D in education.

So, daycares will get a lot of college-educated applicants who aren’t in it for the long run and are there because daycare is one of their last employment options.