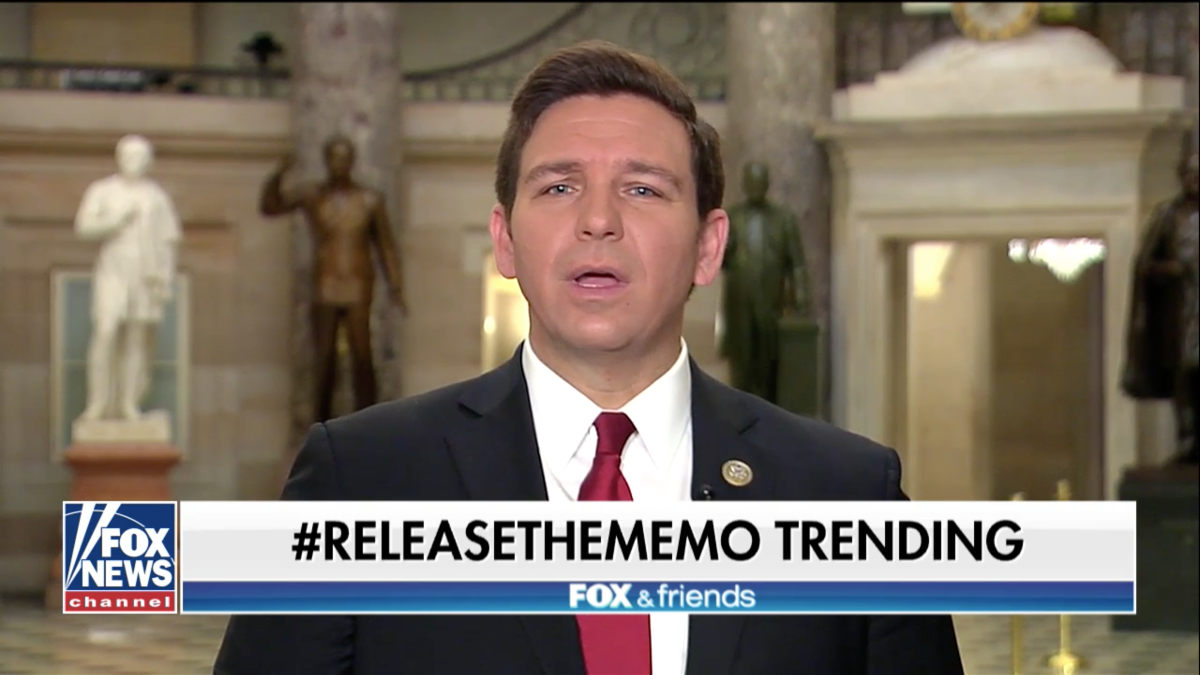 Last week, a four page memo detailing FBI abuse of FISA warrants against the Trump campaign was circulated within the US House of Representatives

In an effort to downplay genuine public concern, a “Russian propaganda” tracking website used primarily by Democrats and Neoconservatives has suggested that #ReleaseTheMemo went viral thanks to Russian bots

California Reps. Dianne Feinstein and Adam Schiff sent a letter to Facebook and Twitter CEO’s on Tuesday, asking that they take action against the Russian scourge

Meanwhile, Twitter’s internal analysis of the hashtag has thus far found that authentic American accounts, not Russians, are driving #ReleaseTheMemo, according to The Daily Beast

Despite 63 GOP lawmakers petitioning for the release of an explosive four-page memo detailing FISA warrant abuse against the Trump campaign, California Democrats Dianne Feinstein and Adam Schiff have fired off an embarrassing letter to the CEO’s of Twitter and Facebook, imploring the social media giants to take action against Russian bots pushing the hashtag #ReleaseTheMemo. (Feinstein, ironically, #ReleasedTheTranscripts of closed-door Congressional testimony by Fusion GPS co-founder Glenn Simpson in early January in an effort to influence public opinion).

Using information gleaned from the “Alliance for Securing Democracy” propaganda website which supposedly tracks 600 Twitter accounts “linked to Russian influence operations” and counts Neocon Bill Kristol as an advisor – the letter from Feinstein and Schiff reads in part:

We seek your companies’ urgent assistance. Public reports indicate that accounts linked to the Russian government are again exploiting Twitter and Facebook platforms in an effort to manipulate Public opinion. These recent Russian efforts are intended to influence congressional action and undermine Special Counsel Mueller’s investigation…

…Several Twitter hashtags, including #ReleaseTheMemo, calling for release of these talking points attacking the Mueller investigation were born in the hours after the Committee vote. According to the German Marshall Fund’s Alliance for Securing Democracy, this effort gained the immediate attention and assistance of social media accounts linked to Russian influence operations. By Friday, January 19, 2018, the #ReleaseTheMemo hashtag was “the top trending hashtag among Twitter accounts believed to be operated by Kremlin-linked groups.” Its use had “increased by 286,700 percent” and was being used “100 times more than any other hashtag” by accounts linked to Russian influence campaigns. These accounts are also promoting an offer by WikiLeaks to pay up to $1 million to anyone who leaks this classified partisan memo.

If these reports are accurate, we are witnessing an ongoing attack by the Russian government through Kremlin-linked social media actors…

…We understand Facebook at Twitter have developed significant expertise in identifying inauthentic and malicious accounts. Further, your forensic investigations into Russian government exploitation of your platforms during the 2016 U.S. election have helped expose to the American public the vast extend of Russia’s covert influence efforts. We therefore request that your companies conduct an in-depth forensic examination of this real-time activity on your platforms…”

The American System Isn’t “Capitalist” And Hasn’t Been For 150+ Years, Sorry Socialists