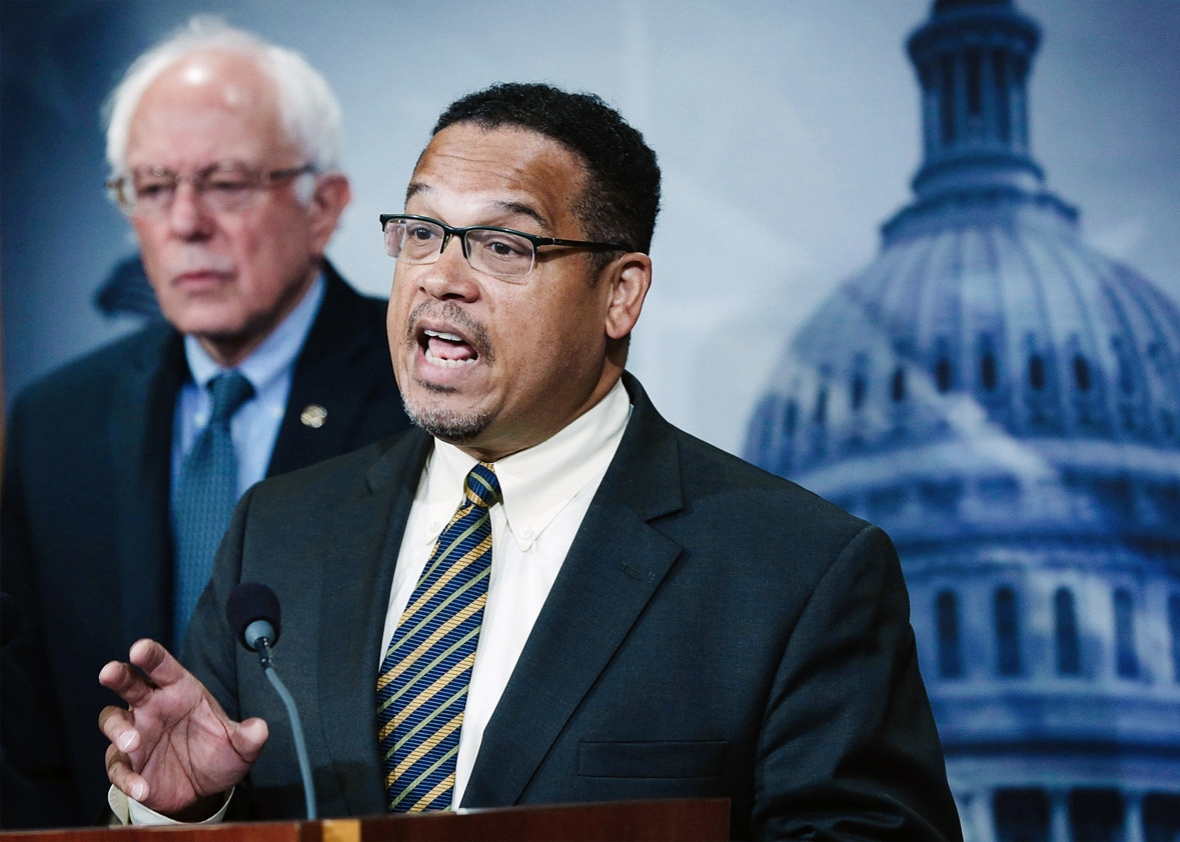 Anti-bigotry organizations have long pegged Farrakhan as both racist and anti-Semitic, citing his praise of Adolf Hitler, his obsession with Jews, and his belief that white people are subhumans created by an ancient African scientist.

During the late 1980s through the 1990s, Ellison wrote a series of columns defending Farrakhan and embracing extremist black separatist positions. Writing under the name “Keith Hakim,” Ellison proclaimed that Farrakhan was “a role model for black youth” and defended a University of Minnesota campus speaker who claimed that “the Zionists joined with the Nazis in murdering Jews, so they would flee to Palestine.”

When first running for Congress in 2006, Ellison apologized to Jewish leaders and wrote in a letter that “I have long since distanced myself from and rejected the Nation of Islam.”

But despite that statement, the Nation of Islam newspaper the Final Call reported that both Ellison and Farrakhan attended a private dinner and “dialogue” hosted by Rouhani when the Iranian president visited the United States in 2013.

“After the guests were hosted at a dinner, the Iranian president entered and engaged in a warm discussion with guests, including Democratic congressmen Greg Meeks of New York and Keith Ellison of Minnesota, who is a Muslim,” read the report, unveiled by a Wall Street Journal op-ed last week.