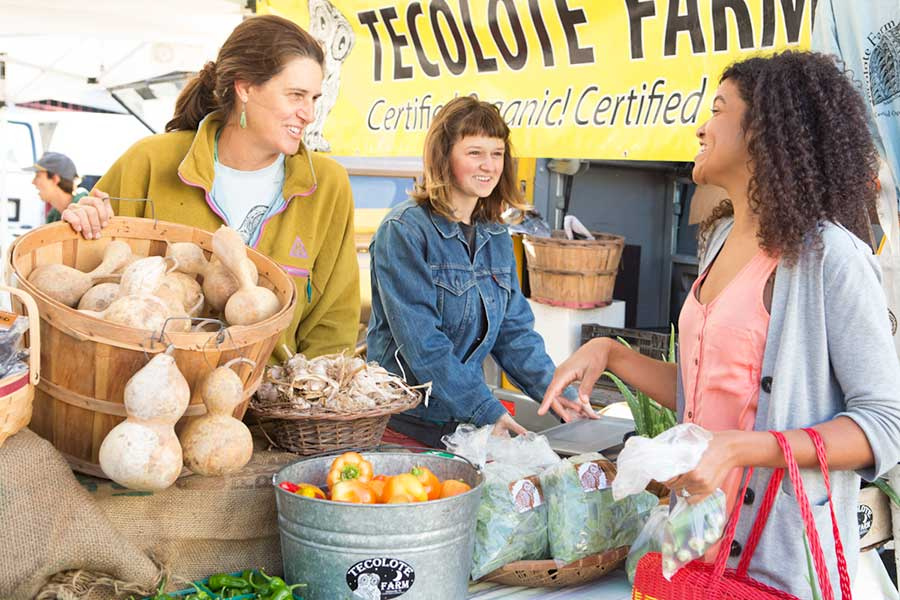 Two California Professors claim that farmers markets racist “white spaces” because they promote “gentrification” in poor neighborhoods where the “habits of white people are normalized.”

“Farmers’ markets are often white spaces where the food consumption habits of white people are normalized,” the SDSU professors write, according to Campus Reform.

Farmers’ markets are “exclusionary” since locals may not be able to “afford the food and/or feel excluded from these new spaces.”

This social exclusion is reinforced by the “whiteness of farmers’ markets” and the “white habitus” that they can reinforce, the professors elaborate, describing farmers’ markets as “white spaces where the food consumption habits of white people are normalized.”

This is a paradoxical outcome, since farmers’ markets are often established in the interest of fighting so-called “food deserts” in lower-income and minority communities. Since grocery stores in low-income communities often lack fresh quality produce, the professors say that in some cases, farmers’ markets may be only source of quality and affordable produce for locals.

The researchers claim that 44 percent of San Diego farmers’ markets are located in wealthier parts of town, which “attract households from higher socio-economic backgrounds, raising property values and displacing low-income residents and people of color” (except, perhaps, wealthy people of color?).

The professors feel that “curbing gentrification” may be a difficult task, however “strong community involvement” is needed to ensure that the “needs of the poorest…residents are prioritized,” while local governments can choose to enact “equitable zoning policies, rent-control laws, and property tax reforms in favor of long-time homeowners.”

Considering the typically liberal membership among farmers’ market collectives, it will be interesting to see if there’s any response from hard working farmers given this opening salvo in the granola wars.

Students Are Slaves To The Student Debt Industry