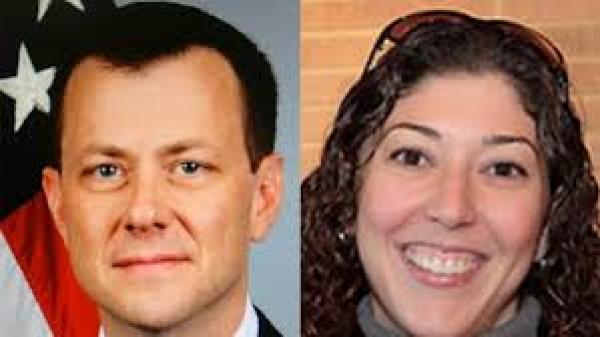 And the hits just keep on coming.

Just hours after we reported that according to the latest batch of text messages between anti-Trump FBI investigators, a “secret society of folks” within the DOJ and the FBI may have come together in the “immediate aftermath” of the 2016 election to undermine President Trump, another blockbuster text message appears to have emerged.

Wisconsin Sen. Ron Johnson, the chairman of the Senate Homeland Security and Governmental Affairs Committee, said in a radio interview that the FBI’s top agent on the Trump-Russia investigation, Peter Strzok, sent what Johnson called a “jaw-dropping” text message last year that suggests he saw no evidence of Trump campaign collusion.

As first reported by the Daily Caller’s Chuck Ross, in an interview with WISN-Milwaukee radio host Jay Weber, Johnson read aloud a May 19, 2017 text that Strzok sent to Lisa Page, an FBI lawyer and his mistress.

As Weber summarized, “Sen Ron Johnson tells me he’s discovered a text from Peter Strzok 2 days after the Mueller investigation in which he questions whether he wants to be part of it because he believes ‘there’s nothing there’. No collusion.”

Here is the “jawdropping” text message that Strzok wrote just two days after Mueller was named special counsel for the Russia Investigation:

“You and I both know the odds are nothing. If I thought it was likely, I’d be there no question. I hesitate in part because of my gut sense and concern that there’s no big there there.”

Johnson said that the text referred to the Mueller investigation, which had kicked off two days earlier. Strzok joined that team, but was removed in July after the Justice Department’s inspector general discovered his anti-Trump text exchanges with Page.