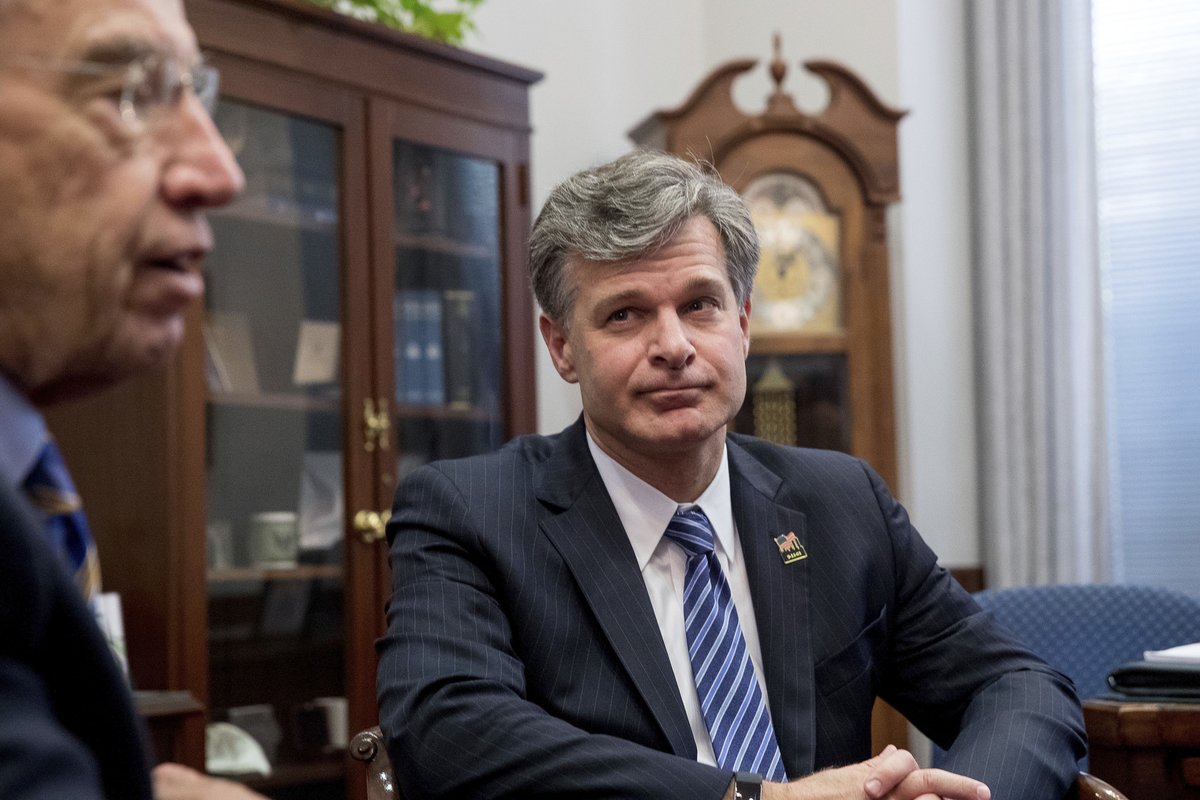 In another blatant attempt to blockade more insight into Peter Strozk and Lisa Page’s communication, the FBI director Christopher Wray is saying he’s not going to retrieve the texts of employees. Chuck Grassley, who has been leading the charge to reveal information relating to the texts, sent a scathing response grilling them for potential government work not being done on government “systems”.

Zerohedge Reports: In a Wednesday letter to the Senate Judiciary Committee, FBI Director Christopher Wray said that the FBI was not “obligated” to collect all communications between employees, and would not be pursuing communications Strzok and Page sent to each other on their personal devices.

In response, Committee Chairman Chuck Grassley (R-IA) went nuclear – reminding Wray in a Friday letter cc’d to Deputy Attorney General Rod Rosenstein and Dianne Feinstein (D-CA) that “Although, as your letter notes, the FBI is not “obligated” to collect all communications between employees, it is obligated to collect and preserve federal records.”

Grassley goes on to note that previously released text messages between Strzok and Page “show substantial reason to believe government work was performed on non-government systems during the course of a high-profile investigation,” and that those communications could prove vital to the Committee’s investigation.

The work-related communications on nongovernment systems could shed more light on how the FBI handled the Clinton investigation and would constitute federal records that the FBI would be obligated to retrieve and preserve under the Federal Records Act. -Sen. Grassley to FBI Director Wray

The letter then provides several examples in which Strzok and Page explicitly referred to exchanging work-related information over their personal devices.

Michelle Obama Out For 2020

Build The Wall | 230% Rise In Illegal Immigration At Southwest Border