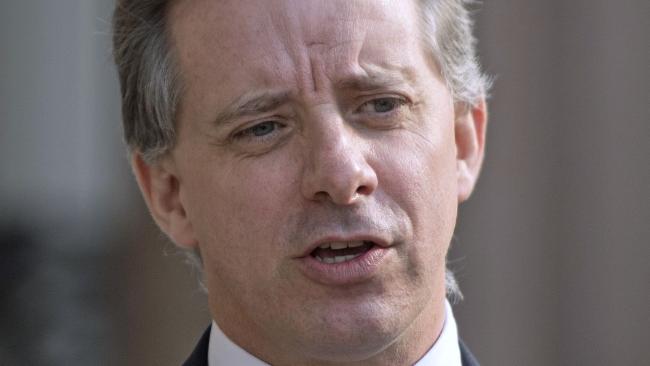 
A former official in President Obama’s State Department has confirmed a claim by the Senate Judiciary Committee, that former British spy Christopher Steele and Hillary Clinton confidant Sidney Blumenthal gave him intelligence reports claiming that President Trump had been compromised by the Russians.


Jonathan Winer, former U.S. Deputy Assistant Secretary of State, confirmed the Judiciary Committee’s claims in an op-ed for the Washington Post titled “Devin Nunes is investigating me: Here’s the Truth.”


“While talking about that hacking, Blumenthal and I discussed Steele’s reports. He showed me notes gathered by a journalist I did not know, Cody Shearer, that alleged the Russians had compromising information on Trump of a sexual and financial nature,” writes Winer.


In September 2016, Steele and I met in Washington and discussed the information now known as the “dossier.” Steele’s sources suggested that the Kremlin not only had been behind the hacking of the Democratic National Committee and the Hillary Clinton campaign but also had compromised Trump and developed ties with his associates and campaign.


Winer’s op-ed corroborates the series of events outlined in a criminal referral for Steele issued by Senate Judiciary Committee Chairman Chuck Grassley (R-IA) and Lindsey Graham (R-SC), which asks the DOJ to investigate Steele for allegedly lying to the FBI about his contacts with the media.


Winer then gave Steele various anti-Trump memos from Clinton operative Sidney Blumenthal, which originated with Clinton “hatchet man” Cody Shearer. Winer claims he didn’t think Steele would share the Clinton-sourced information with anyone else in the government.


“But I learned later that Steele did share them — with the FBI, after the FBI asked him to provide everything he had on allegations relating to Trump, his campaign and Russian interference in U.S. elections,” Winer writes.


On Monday, Steele skipped out on a UK court appearance following the “Grassley Memo” which notes that he lied to the FBI about his contacts with the media – leading the FBI to terminate their relationship with Steele, despite relying heavily on his work to apply for a FISA surveillance warrant on one-time Trump campaign advisor Carter Page.


Steele was expected for a long-requested deposition in a multi-million dollar civil case brought against Buzzfeed, which published a salacious and unverified “Trump-Russia” dossier.


“There is substantial evidence suggesting that Mr. Steele materially misled the FBI about a key aspect of his dossier efforts, one which bears on his credibility,” reads the unredacted document that refers Steele for criminal prosecution in the US.


Steele was paid $168,000 by opposition research firm Fusion GPS, which was funded in part by Hillary Clinton and the DNC, who used law firm Perkins Coie as an intermediary.


As we reported Monday, this second dossier went from Clinton “hatchet man” Cody Shearer, who gave it to an unnamed official in the Obama State Department, before it was routed to Christopher Steele. It is unknown what happened to the document after that.

“Rather Not Have A Paper Trail” – Top Democrat Texted Russian Oligarch