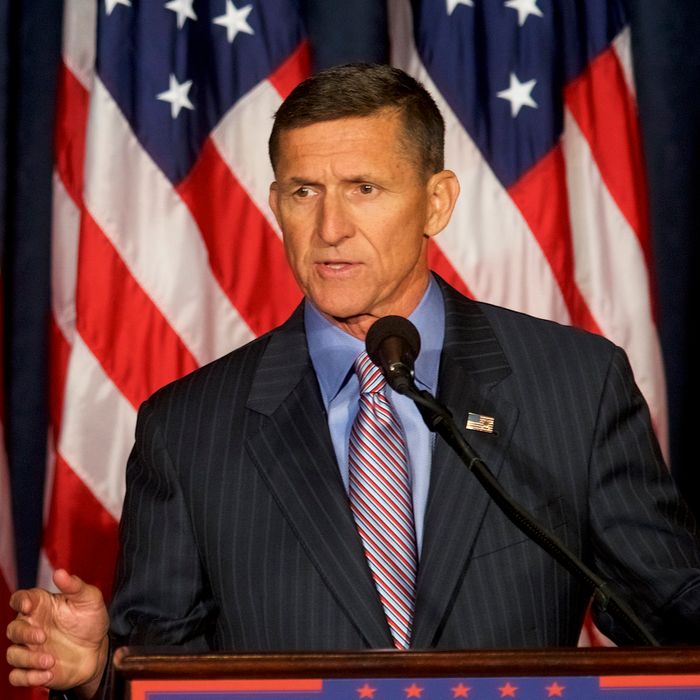 The important details the media conspicuously leave out.

When last we left General Flynn our caped crusader in my previous article, he was at the precipice of a hideous judicial roadblock not scene in recent memory. What we will delve into here will be the small details that will color your perception of the Government vs Michael T. Flynn in a totally different hue. You grow weary night after night of listening to half truths and outright lies in the media. There is a definitively evil intent behind this type of reporting. Some of the reporters are multimillionaire graduates of ivy league schools. They are definitely educated and know exactly of what they speak. Purposeful omission is the same as a willful lie.

In 2014 General Michael T. Flynn was the Director of Intelligence for the Obama administration. He testified before congress on security issues under the Obama administration and soon after was unceremoniously fired. Mike Flynn disagreed with the administration on a host of issues and one was the ascension of ISIS. The Iran deal was another point of friction. Flynn had the inside scoop on the outright lies the administration used to cover up The Benghazi tragedy. Benghazi was a planned terror attack they blamed on an obscure video that to this date not many have seen, but to add insult to injury in pushing their video narrative they arranged a 70 thousand dollar taxpayer funded video decrying negative islamophobic portrayal in the media. Then arresting the innocent maker of the video to complete the Hollywood ending. CIA director John Brennan was funding official government operations off the books to the tune of billions of dollars, sometimes involving shady foreign financiers. General Flynn was going to audit the intelligence agencies as well as restructure them and spill the beans on all illegal and unethical activities. Before all of this could happen he was fired!

Low and behold after Obama fires Flynn to quell the mutiny, soon after, Flynn is hired by the incoming Trump administration after the warning of Obama to Trump that Flynn was bad news. So you can imagine the utter panic the Obama officials felt when they saw General Flynn entering and exiting Trump tower during the transition. So Flynn was immediately targeted, Public Enemy #1 on the Obama Most Wanted list. So this lays out the motive.

To dispel some rumors that Flynn lied, FBI agents Pientka and Strzok said initially they thought Flynn was being truthful in the unscrupulous Whitehouse interview. The original 302 FBI notes from that interview have gone missing or fishing. How could the worlds premiere law enforcement agency lose the notes on a case of this magnitude, unless it was on purpose? The transcript or audio of the phone call was never reviewed by Flynn’s legal team to actually show where exactly they thought Flynn lied. Yes he lied but we are not going to show it to you. It’s probably because he did not lie. The agents initially said he didn’t lie and nowhere in any records does it speak of sanctions in which they said he spoke or lied about. General Flynn speaking with his Russian counter-part about sanctions are perfectly legal so why would he lie about something legal and he knows the call was being monitored? Also he spoke with approximately 30 countries in a 24 hour period while on vacation in the Dominican Republic. So it suffices to say he may not remember every little exact detail. This is the discrepancy with Mike Pence. General Flynn could not remember exactly what was said on all of those phone calls and the FBI said he illegally talked about sanctions which was not illegal and the evidence of that has not shown up yet.

FARA the Foreign Agents Registration Act. They also hid a small connection in the fine print of Flynn’s Turkish company that may have some minor contact to Russia, so when Flynn says he does not work for the Russians they can say he lied. They also said Flynn was guilty of not filing his FARA paperwork correctly. This is a crock! There is never usually harsh punishment for FARA violations. The Podestas with whom Paul Manafort Trumps brief campaign advisor worked for, along with the DNC, Hillary Clinton and many other politicians had FARA violations. The Podesta brothers John and Tony are free as a bird FARA violations and all. Slap on the wrist and don’t pass go. A FARA violation is like a speeding ticket. Pay your fine, retroactively file your paperwork and move on. Obama brought up the LOGAN ACT. This states a civilian can not make policy with a foreign government without express consent from the current administration. Flynn was working for the administration doing his job. So the never used in our history LOGAN ACT would not apply. So you see they were desperate to dig up dirt on Flynn, and were coming up empty everytime. Obama had everyone in his administration listening and combing through Flynn’s calls to dig up dirt. So to the point Flynn was being targeted and spied on he never did anything wrong or against the law. The prosecution also threatened Flynn’s son with prosecution after Flynn endured 2 million dollars in legal fees having to sell his house, he plead guilty. Facing bankruptcy and an incoming attack on his family Flynn plead guilty. How many media sites and broadcasts would give you all of this information? Stay tuned, News@11