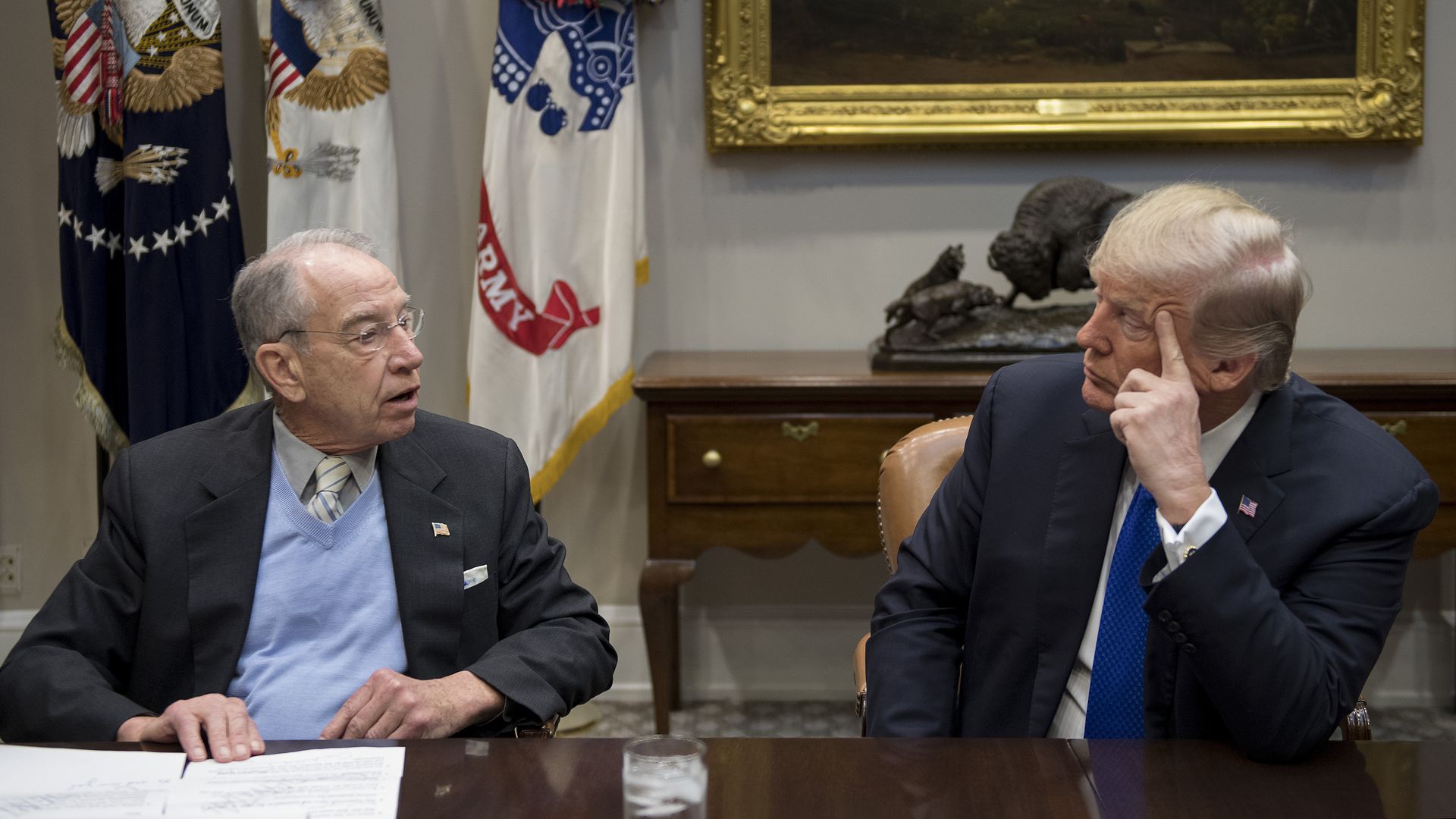 Grassley who has perhaps been one of the biggest leading forces in chasing down the FBI’s corruption, has taken in interest in the FBI agent who was also at the bottom of the “Flynn interview” besides Comey himself.

Zerohedge Reports: Republican Senator Chuck Grassley of Iowa is getting to the bottom of things, and some think he’s laying out a path to exonerate former National Security Advisor Mike Flynn – who pleaded guilty of lying to the FBI over his contacts with former Russian Ambassador Sergei Kislyak.

It has been suggested that the FBI set Flynn up, and his admission of guilt could have been to avoid sure financial ruin trying to fight the Special Counsel. Others say Flynn was protecting his son, Michael Flynn Jr., who served as his father’s aide for his consulting company, Flynn Intel Group.

Director Comey specifically told us during that briefing that the FBI agents who interviewed Lt. General Michael Flynn, “saw nothing that led them to believe [he was] lying.” Our own Committee staff’s notes indicate that Mr. Comey said the “agents saw no change in his demeanor or tone that would say he was being untruthful.” Contrary to his public statements during his current book tour denying any memory of those comments, then-Director Comey led us to believe during that briefing that the agents who interviewed Flynn did not believe he intentionally lied about his conversation with the Ambassador and that the Justice Department was unlikely to prosecute him for false statements made in that interview.