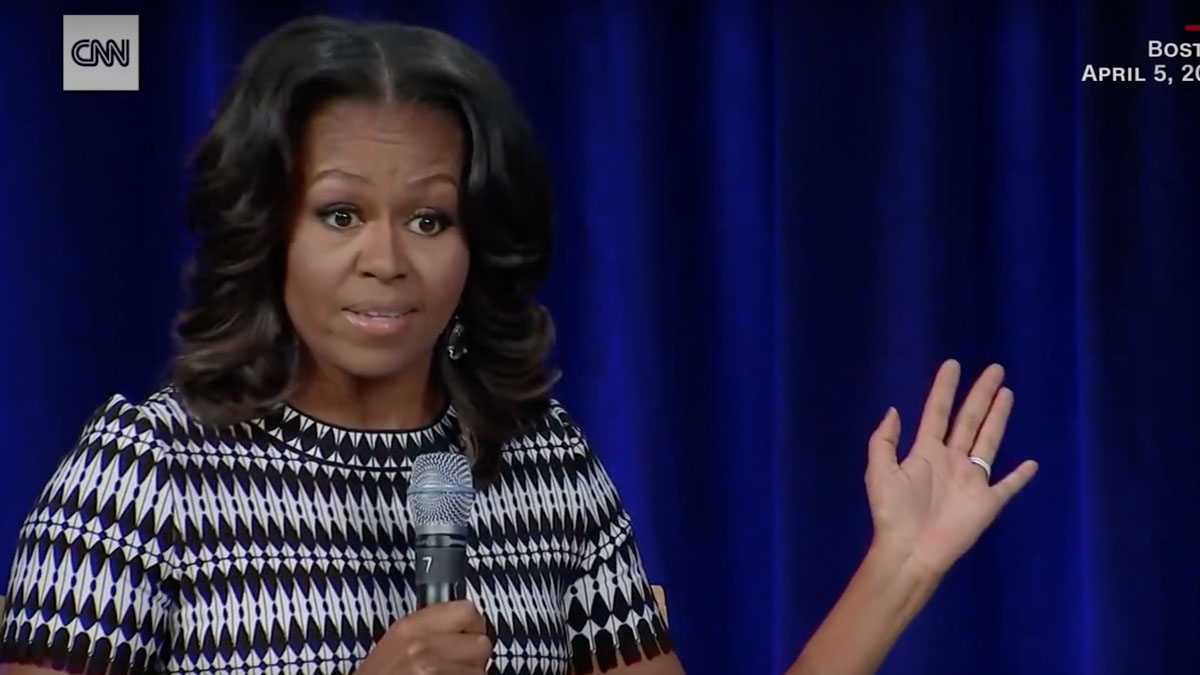 (Via Zerohedge)
By TD

Former first lady Michelle Obama took several shots at President Trump during a women’s leadership conference on Thursday – likening her husband’s presidency to “the good parent,” while saying of Trump “And now we have the other parent.”

“We thought it’d feel fun — maybe it feels fun for now because we can eat candy all day and stay up late and not follow the rules,” said the former first lady.

Obama then transitioned into praise of Hillary Clinton – telling the audience the former Secretary of State was the “best-qualified candidate.”

“She wasn’t perfect,” said Obama “but she was way more perfect than many of the alternatives.”

Obama also blamed low voter turnout for Trump’s victory in 2016 – saying that voters were not “willing” to turn out for Clinton.

“We’ve got to be willing, when we do find qualified people, to vote for them,” Obama said. “And we didn’t do that in this election.”

“So I think people should be less … disheartened that me and Oprah don’t want to run, and more disheartened by the fact that Hillary Clinton, probably the most qualified person to ever seek the office of the presidency, lost. She lost.”

Let us count the ways

Last month, Clinton told an audience in Mumbai, India that Trump voters came to the polls because they “didn’t like black people getting rights” or “women, you know, getting jobs.”

China Urges The EU To Join It’s Trade War Against The U.S.