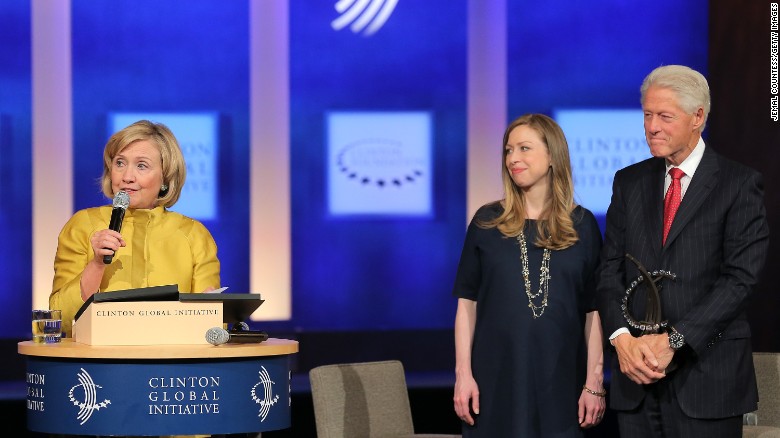 A friend of mine, Peter Wing, once actually hid an elephant in plain sight at the castle he built with his bare hands from reclaimed materials near Millbrook, New York.

The evolution of the Clinton Foundation since Oct. 23, 1997, proves that gigantic frauds, spread across the globe under the harsh glare of public attention and in the media, are tough to grasp – and tougher still to police.

Who would imagine, for example, that a former president, an aspiring president and a highly educated only child would work together, purposefully gaming controls at supposed “charities,” produce false and misleading public filings, and do so for more than two decades using a bevy of outside professional advisers and world-renowned directors?

Yet close examination of available facts demonstrates the Clinton Foundation and its network of false-front charity “initiatives” and affiliates remains the largest set of unprosecuted charitable frauds in American history.

In a sad sense, international charities are perfect vehicles for such questionable activities. After all, who can check effectively how much money is in truth raised and where discrete portions of these revenues are disbursed in far-flung corners of the world?

And, as you will see, unregulated and unaudited “charities” allow donors to send much more money towards politicians clandestinely than is allowed under national laws concerning political campaigns.

Meanwhile, international charity also provides cover to disguise payoffs that might unlock mining and energy concessions, telecommunications and other licenses, and largesse (grants and subsidized loans, for example) from multilateral organizations, including the World Bank and the International Finance Corporation, among others.

Though such frauds began escalating in 2002, it is helpful to begin examining the thread illustrating the internationalization of the Clinton Foundation in 2009. Note that was during the first year of the Obama presidency.

What really was happening with the Russia “reset” starting in 2009? Large contributions to political campaigns come with strings attached.

Evidence already in the public domain shows that certain Russians found common cause with green investors, as Peter Schweizer’s work for the Government Accountability Institute explained in “From Russia with Money: Hillary Clinton, the Russian Reset, and Cronyism.”

Under Obama’s leadership, Hillary Clinton’s role in improving America’s relations with Russia started on the wrong foot in March 2009 in Geneva.

Despite this inauspicious beginning, tensions with Russia started to ease. To the consternation of many, the U.S. announced in September 2009 that it would abandon plans to provide a missile defense shield to Poland and other Eastern Europe nations.

By May 2010, Russia surprisingly joined with the U.S. and China to impose fresh sanctions on Iran over that rogue nation’s nuclear programs.

So, after a rocky start, Obama’s rapprochement with Russia seemed to bear tangible fruit. However, the real “gains” likely were occurring for political contributors who also were active investors and financiers for capital projects inside Russia, especially those involving transfers of technology.

Only now that the Trump administration has won confirmation for key appointments within America’s federal law enforcement agencies will the public begin to learn just how extensively the Clinton Foundation and the Clinton Global Initiative (CGI) may have been used as a clearinghouse — one in which to trade cash for political favors and access at Skolkovo in Russia, and more broadly around the world.

Starting in July 2016, the Dallas office of the IRS finally began an investigation into Clinton Foundation public filings, prodded by Rep. Marsha Blackburn (R-Tenn.) and other congressional Republicans.

Missing disclosures concerning donations from foreign governments, and other glaring discrepancies, should have been resolved and should have triggered payment of substantial fines, penalties, and interest to government treasuries long ago.

The American public has an absolute right to learn how charities are abused by politically connected bureaucrats. Congress, the FBI and the Department of Justice must expose what really happened with monies sent towards the Clinton family and their foundation, especially including the Clinton Global Initiative.

For good measure, Americans deserve to know how assiduously — or not — the IRS carried out its work as the 2016 presidential campaign entered its closing days.

Chief Of Staff For Comey And On Hillary Exoneration, Quits One Week After Testifying