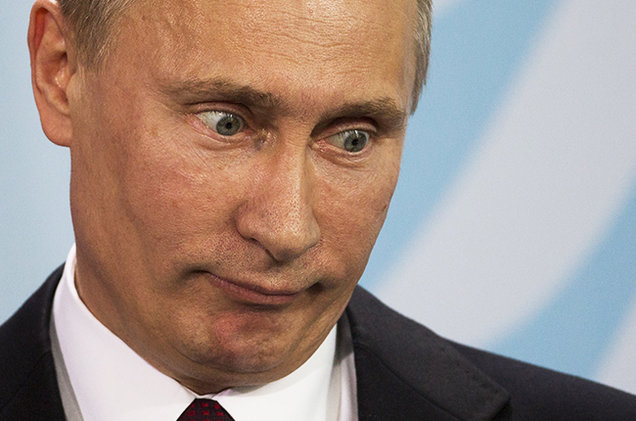 The Young Turks Network (TYT), a popular progressive YouTube channel and news site, has obtained a bombshell internal email related to the Senate committee probing alleged Russian interference in the American political system, and though currently being covered in Russian media, mainstream US media is passing it over without comment.

The email reveals that the Senate committee has deemed anyone “of Russian nationality or Russian descent” relevant to its investigation, which means the Russiagate conspiracy theory and accompanying congressional investigation has officially jumped straight from neo-McCarthyism – smearing anyone that may have had contact with Russian government officials, diplomats or intelligence, and into xenophobia – eyeing any and all Russians or friends of Russians as a potential threat plain and simple, which is far down the slippery slope that many commentators have long predicted.

The email, which is dated very recently, is summarized by TYT as follows:

In an email dated December 19, 2017, April Doss – who serves as senior minority counsel on the Senate Select Committee on Intelligence (SSCI) – defined the scope of the committee’s inquiry as anyone a subject “knows or has reason to believe [is] of Russian nationality or descent.” The senior majority counsel for the SSCI, Vanessa Le, was cc’d on the emails.

Doss, the former head of intelligence law at the National Security Agency, was reportedly brought onto the committee by Sen. Mark Warner (D-Va.), who serves as its vice chairman and one of its most prominent public faces. Warner has repeatedly said that the committee’s work represents the “most important thing [he’s] ever done.”

So a former chief counsel at the NSA is tasked with interpreting the legal and constitutional legitimacy of broadly probing “Russian persons” or even merely persons “believed” to be “of Russian nationality or descent”? Not too comforting.

According to figures published by the Institute of Modern Russia in 2011, based on Census Bureau figures, the Russian American population is estimated to be 3.13 million, or just over one percent of the total US population. And who knows how widely the net can be cast on Russian “descent” or ethnicity? Or perhaps anyone who happens to be studying the Russian language or has a Slavic sounding accent? (…”knows or has reason to believe are of Russian nationality or descent” according to the email.)

Concerning the precise context to the email, TYT reports the following:

On July 27, 2017, Charles C. Johnson, a controversial right-wing media figure, received a letter from Sens. Burr and Warner requesting that he voluntarily provide materials in his possession that are “relevant” to the committee’s investigation. Relevant materials, the letter went on, would include any records of interactions Johnson had with “Russian persons” who were involved in some capacity in the 2016 U.S. elections.

The committee further requested materials related to “Russian persons” who were involved in some capacity in “activities that related in any way to the political election process in the U.S.” Materials may include “documents, emails, text messages, direct messages, calendar appointments, memoranda, [and] notes,” the letter outlined.

So are you of “Russian descent” and have any level of interest in US politics – perhaps you occasionally read the newspaper, or have ever called in to a radio talk show? You could be subpoenaed for merely existing on American soil!

As the protracted Senate Select Committee on Intelligence (SSCI) drags on, we are sure to see more of such requests and wrangling by Senate staff lawyers over how widely this net can be cast:

Doss’s statement was in response to a request made by Robert Barnes, an attorney for Johnson, for clarification as to the SSCI’s definition of a “Russian person.”

Charles Johnson told TYT that he is not going to cooperate with the SSCI in any way, and senators on the committee had no comment in response to the email’s publication.

Of course, we’ve also seen this before as during a November SSCI hearing on social media election interference Twitter Associate General Counsel Sean Edgett revealed that the company’s methods to detect “Russian-linked” accounts include the mere use of a Russian phone number, mobile carrier, email address, IP address, Cyrillic characters in one’s username, and whether one has “logged in, at any time, from Russia” – which would happen to include just about any American tourist in Russia over the past few years.

Did The Awan Brothers Cut A Deal In The IT Scandal?