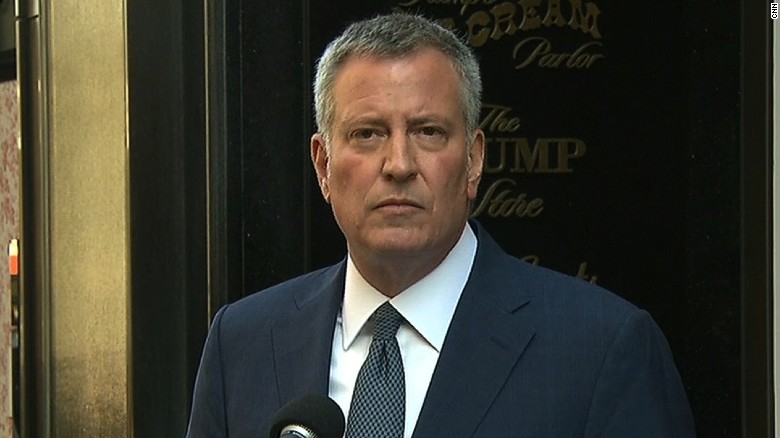 New York City Mayor Bill de Blasio seems to believe he is destined for great things. He even traveled to Iowa earlier this month, and although he’s flatly denied that he is eyeing a run for president, the mayor has signaled in interviews that his sights are set on much more than just his city.

There’s just one problem — many Democrats have no interest in seeing him run. “They think he’s smug,” Politico writes, adding: “The rap on de Blasio is that he likes to make a lot of noise but doesn’t like to do a lot of work, that he has an oversize sense of his own importance.”

De Blasio doesn’t do much to help his case in that regard. Confronted with his bold failure of a “progressive agenda” that he initially announced in 2014, de Blasio called it “banal and simplistic” to suggest he might fail again if he takes the plan national:

“I want to talk to anyone who thinks that and tell them they need to start thinking more. I mean, give me a break. So every time someone tries something and it doesn’t work, it invalidates anything else they might do going forward? Tell Thomas Edison that, and Henry Ford, tell Mahatma Gandhi. How many people fell on their faces along the way trying things, experimenting with things, had setbacks? There’s no leader who hasn’t had setbacks.”

Perhaps realizing the folly of comparing himself to such giants of history, de Blasio swiftly corrects himself — he’s a “speck on the universe” compared to those three, just trying to do his part. But ask him about Hillary Clinton, whose 2000 Senate campaign he managed but whose 2016 presidential campaign he was banished from because he slammed her for failing to have a progressive vision, and he’ll jump in with, “But I was right!” [Politico]

143 Million To Get Lower Taxes