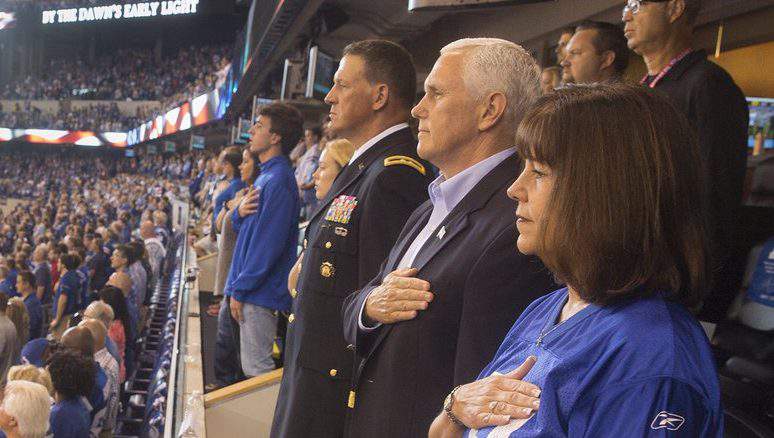 The political kneeling protest by NFL players has now reached the blowback phase. Angry football fans across the United States are demanding that NFL teams refund their tickets based on the player acts they deem offensive during the National Anthem. It’s a vicious trend coupled with a rating collapse that’s creating a toxic feedback loop for the NFL.

And now, the latest escalation comes from an Indiana lawmaker, who intends to file legislation that would require Indianapolis Colts to refund fans at home games if players kneel during the National Anthem.

Rep. Milo Smith, R-Columbus, who is spearheading the movement said his bill would allow fans at home games who feel disrespected by kneeling to ask for a refund in the first quarter.

The IndyStar, a local newspaper, reached out to a Colts representative, who failed to comment on the proposal.

Earlier in the Colt’s season, Smith had a bad experience of his own, which spurred him to develop the refund bill.

Smith and his daughter were attending the Colts’ September game against the Cleveland Browns when a group of Colts players decided to kneel along with about 200 other NFL players across the country. He was offended but stayed at the game. “I’m pretty patriotic, and it didn’t sit right with me,” said Smith.

Jane Henegar, executive director of ACLU Indiana, countered Smith and said his bill could be a “constitutional violation.”

In October, President Trump asked Vice President Mike Pence, who attended the Colts verse 49ers to walkout “if any players kneeled”, and that is what Pence did.

Earlier this month, a season-ticket holder of the New Orleans Saints sued the organization demanding his money be returned, because players disrespected the National Anthem during the 2017 season’s home games.

The trend is clear, the blowback phase is evident, and the American people have had enough! Across the land, angry NFL fans have put aside their team’s rivalry and have banded together as one to demand change. The concept in focus here is that the will of the American people, if unified can demand sweeping changes in the NFL and even Government.