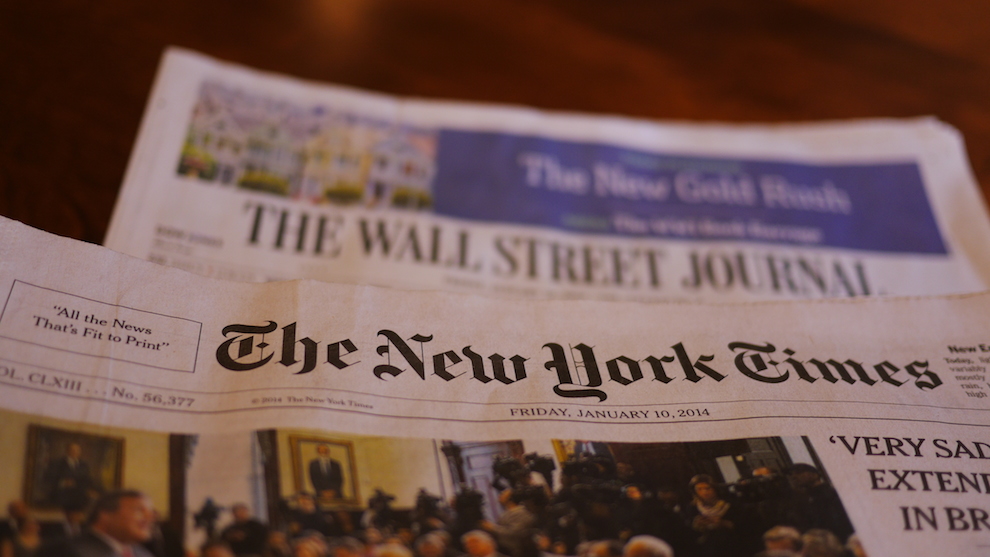 A New York Times contributor cranked the President Donald Trump-hysteria-meter to 11 on Thursday when he wrote the president “and his allies seem on the verge of staging a coup against independent institutions and the rule of law.”

In the column “The Real Coup Plot Is Trump’s,” New York Times contributor and Harvard University lecturer Yascha Mounk warns readers about the upcoming assault on American democracy that the president is plotting.

Fox News host Jesse Watters recently claimed that in the midst of all the alleged bias within the FBI, that “we have a coup on our hands in America.”

Mounk doesn’t cite any evidence that Trump is preparing to fire special counsel Robert Mueller — the president, after all, has said repeatedly that he doesn’t intend to.

If you dare criticize Mueller, you are making yourself an “active accomplice in a deliberate assault on our democracy,” according to the New York Times op-ed.

Speaker of the House Paul Ryan and Senate Majority Leader Mitch McConnell were busy passing tax cuts for over 80 percent of Americans. Now, they are “equally to blame” for the public’s growing mistrust of the Russia probe, according to Mounk.

The real blame falls on “mainstream conservatives” for any damage America’s institutions have faced, according to Mounk.

Hillary Clinton Adviser Scared Of Investigation Into Obama About Hezbollah