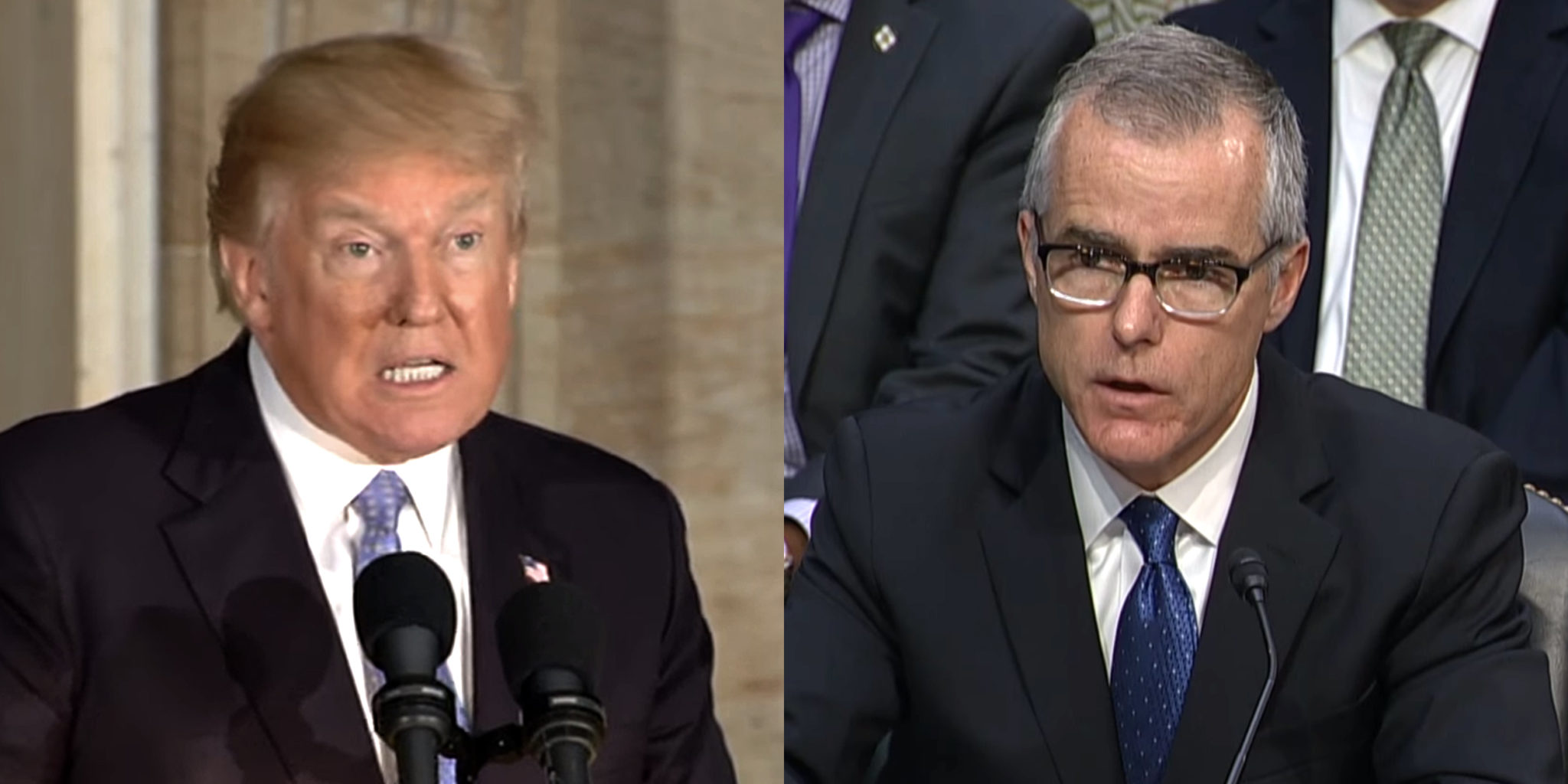 Update: Well, just as Comey had a personal “leaker” to deliver his Trump-memos to the NYT, so McCabe had found a quick line of communication to the press involving “confidential” matters surrounding the Mueller probe, and Axios reports, McCabe has met with special counsel Robert Mueller’s team and has turned over memos detailing interactions with President Trump, “according to a source familiar with the exchange.”

Axios’ source reveals that the memos include corroboration by McCabe of Comey’s account of his own firing by Trump, as well as an account of at least one in-person meeting with Trump, which however considering McCabe was fired for perjury – among other things – may not carry quite as much weight.

McCabe had previously alluded to the memos in the statement after his firing, in which he said: “My testimony to the House Intelligence Committee revealed that I would corroborate former Director Comey’s accounts of his discussions with the President.”

After former FBI Deputy Director Andrew McCabe was fired by the Justice Department late on Friday night just two days before his retirement, because he lied under oath or as AG Sessions said, McCabe “lacked candor – including under oath – on multiple occasions… all FBI employees know that lacking candor under oath results in dismissal”, McCabe has decided he won’t go down quietly in what he has dubbed the Trump administration’s “war on the FBI.”

McCabe, who briefly led the agency after Director James Comey was fired, said his dismissal by Attorney General Jeff Sessions on Friday night was the latest attack on his credibility. He has claimed he’s being singled out because of what he witnessed in the aftermath of Comey’s ouster.

Of course, some – such as ethics officials belonging to the FBI Office of Professional Responsibility – beg to differ: after all it was they who recommended McCabe’s dismissal on Thursday for lying to the Inspector General in the course of a government investigation. As CBS News justice correspondent Paula Reid noted, McCabe’s termination takes place just days before the highly anticipated release of the Inspector General’s report which is expected to show that he leaked information with the media about the agency’s investigation into the Clinton Foundation, and lied under oath.

McCabe has pushed back hard, saying his firing is yet another attempt by the administration to undermine Special Counsel Robert Mueller’s investigation into Russian meddling in the U.S. election process, and allegations that Mr. Trump’s campaign colluded with those efforts. In a statement, McCabe wrote that he was, “being singled out and treated this way because of the role I played, the actions I took and the events I witnessed in the aftermath of the firing of James Comey.”

McCabe said in his statement that the inspector general’s report was fast-tracked after he told the House Intelligence Committee he would corroborate Comey’s accounts of conversations he had with the president. Comey has testified that Trump asked if he would end an investigation into former National Security Adviser Michael Flynn.

McCabe also spoke directly about the ongoing Russia investigation in his statement (full statement below):

But what about the report by the “independent and impartial” Inspector General, which remember was launched after Democrats forced the DOJ IG to open an investigation into handling of Clinton email investigation… or in other words, McCabe was fired because of 1) an IG investigation demanded by Democrats that was 2) directed by an Obama IG appointee resulted in 3) a recommendation from the FBI’s ethics office that McCabe be terminated.