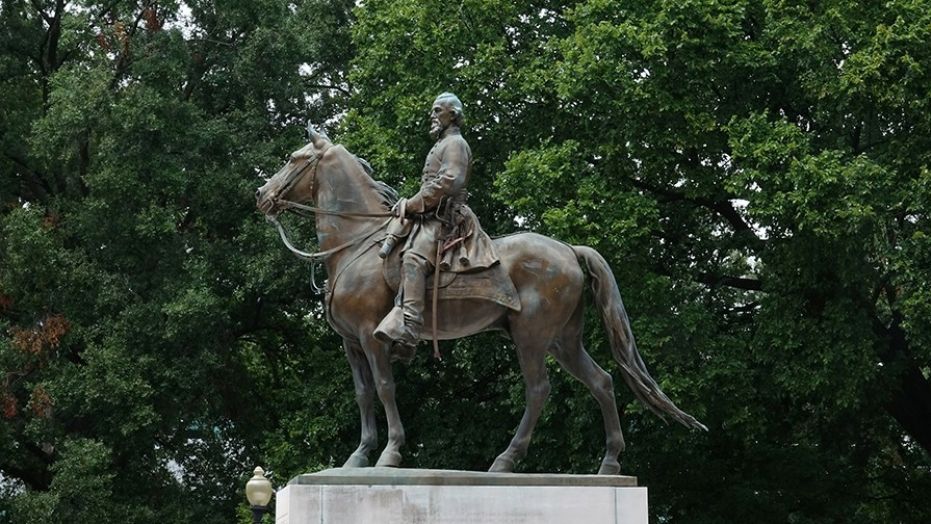 Tennessee law forbids the removal of such statues by government entities, but the city tore them down anyway–through the use of a legal loophole. Here’s how Memphis did it.

Each park was sold–or, rather, a city-owned easement in the case of Fourth Bluff Park was sold–to Memphis Greenspace, Inc. for $1,000 each.

Because Greenspace isn’t a government entity, but rather a private party, they can remove the statues at will. And that’s exactly what happened overnight last night–the culmination of a months-long plan to sidestep Tennessee’s statewide prohibition on Confederate statue removal.

The Tennessee Heritage Protection Act was originally passed in 2013 and then updated in 2016. That state law doesn’t contain explicit language protecting Confederate monuments but is widely viewed as a heavy-handed method to prevent progressive local governments from removing such monuments. It reads, in relevant part:

[N]o memorial regarding a historic conflict, historic entity, historic event, historic figure, or historic organization that is, or is located on, public property, may be removed, renamed, relocated, altered, rededicated, or otherwise disturbed or altered.

According to Memphis’ Chief Legal Officer Bruce McMullen, the Confederate statues will be stored in an undisclosed location for security purposes. City officials have acknowledged they will likely face lawsuits over the end-run removal process.

A few moments ago, I signed the ordinance that completed our sale of Health Sciences Park and Memphis Park. Operations on those sites tonight are being conducted by a private entity and are compliant with state law.

At a press conference later that evening, Strickland sounded a more unified note, saying, “Though some of our city’s past is painful, we are all in charge of our city’s future. Black and white, young and old — every single one of us. That’s the symbolism for which I want this day to be remembered.”