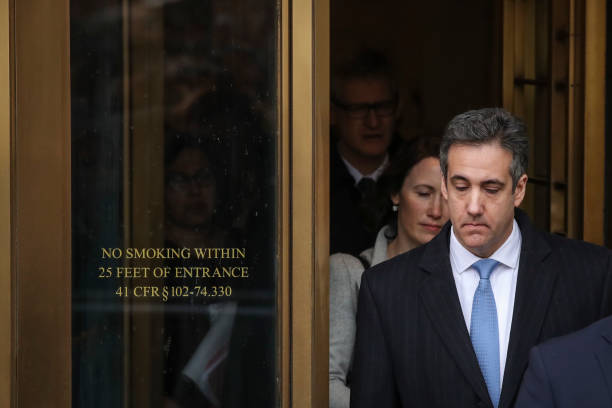 WASHINGTON — Michael Cohen, President Trump’s former personal attorney, who implicated his former boss and the now-president in a federal crime, has accepted an invitation from House Democrats to testify before the House Oversight and Reform Committee early February — just shy of a month before he must report to federal prison to serve his sentence for violating federal campaign finance law, lying to Congress, and tax evasion.

“In furtherance of my commitment to cooperate and provide the American people with answers, I have accepted the invitation by Chairman Elijah Cummings to appear publicly on February 7th before the Committee on Oversight and Government Reform,” Mr. Cohen said Thursday in a statement. “I look forward to having the privilege of being afforded a platform with which to give a full and credible account of the events which have transpired.”

Mr. Cummings, 67, said Thursday that his committee was “in the process of consulting with Special Counsel Mueller’s office” to confirm that Mr. Cohen’s testimony wouldn’t conflict with Mr. Mueller’s ongoing investigation into Russian interference in the 2016 election. “I want to make clear that we have no interest in inappropriately interfering with any ongoing criminal investigations,” he said in a statement.

Mr. Cohen, who served as Mr. Trump’s fixer for over a decade, once famously said that he would “take a bullet” for Mr. Trump. However, within the last several months, Mr. Cohen has turned on his former boss, offering partial cooperation to Mr. Mueller.

Mr. Cohen was sentenced to three years in prison last month by a federal judge in Manhattan after entering into a plea agreement on Nov. 29 with prosecutors in the Southern District of New York. In his guilty plea, federal prosecutors did not, in exchange for his cooperation, downgrade sentencing recommendations. Mr. Cohen voluntarily offered his cooperation to Mr. Mueller and his team of assistant prosecutors.

Mr. Cohen ultimately spent over 70 hours behind closed doors with federal prosecutors — both from the Southern District of New York and members of Mr. Mueller’s team, who are probing whether the Kremlin, with or without the assistance of Mr. Trump’s campaign, sought to influence the 2016 presidential election. In response to his cooperation with prosecutors, Mr. Trump has called his former attorney, Mr. Cohen, a “weak man.”

Mr. Trump has thus-far said he did “nothing wrong,” and accused Mr. Cohen of misconduct and lying in an attempt to receive a reduced sentenced. In legal filings, federal prosecutors have not directly named Mr. Trump — referring to him as a “candidate for federal office,” and “Individual-1.”

“I take full responsibility for each act that I pled guilty to: The personal ones to me and those involving the President of the United States of America,” Mr. Cohen said last month at his sentencing hearing. “I have been living in a personal and mental incarceration ever since the day that I accepted the offer to work for a real-estate mogul whose business acumen that I deeply admired.”

When asked on Thursday whether he was concerned about his former attorney testifying to Congress, Mr. Trump said: “I’m not worried about it at all, no.”

“If you can’t manage a campaign, how do you manage the country?”: Chuck Todd schools Bernie Sanders