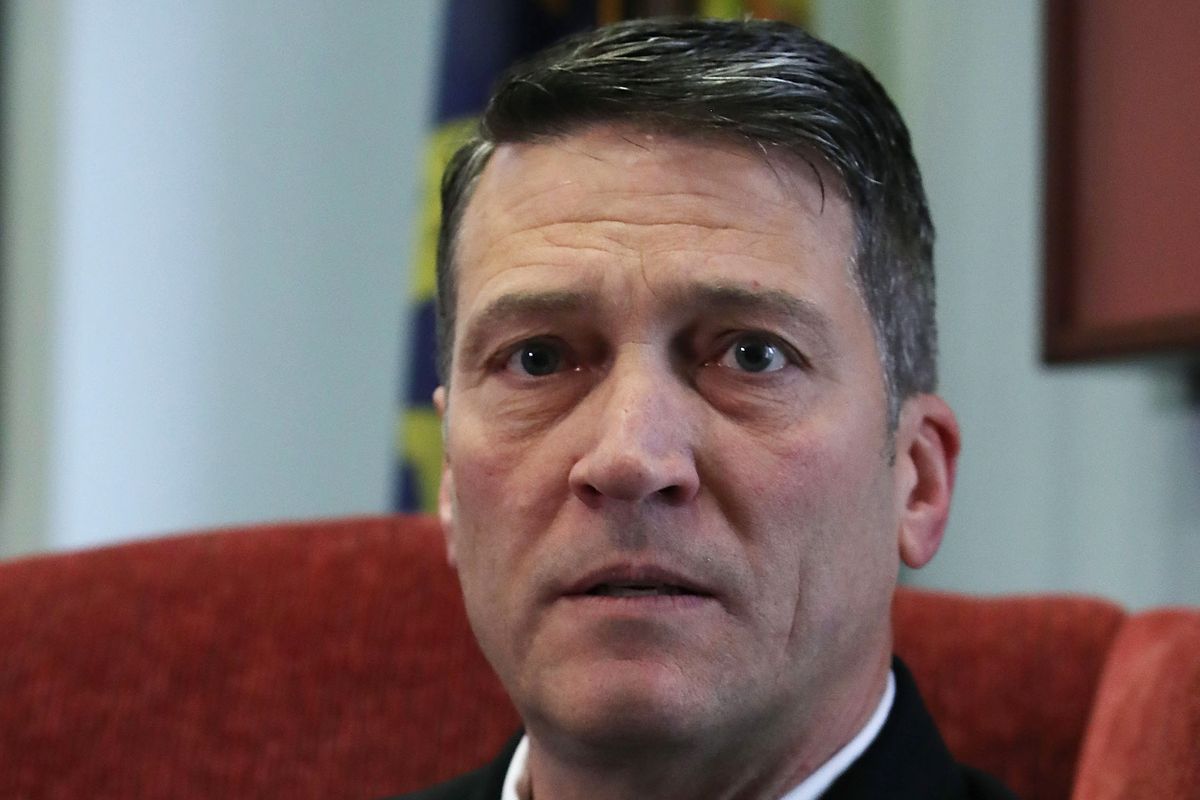 WASHINGTON (AP) — President Donald Trump’s White House doctor reluctantly withdrew his nomination to be Veterans Affairs secretary Thursday in the face of accusations of misconduct, the latest embarrassing episode highlighting Trump’s struggles to fill key jobs and the perils of his occasional spur-of-the-moment-decision-making.

The weeks-long saga surrounding the nomination of Navy Dr. Ronny Jackson leaves the government’s second-largest agency without a permanent leader while it faces an immediate crisis with its private health care program. And it abruptly tarnished the reputation of a doctor beloved by two presidents and their staffs.

White House officials say they are taking a new look at the way nominees’ backgrounds are checked – and they believe they will persuade Trump to take additional time to ensure that a replacement is sufficiently vetted.

The leading person now under consideration for the VA post is former Rep. Jeff Miller, who chaired the House Veterans Affairs Committee before retiring last year, according to White House officials. Miller is a strong proponent of expanding private care for veterans, a Trump priority.

Trump quickly selected Jackson, a rear admiral in the Navy, to head the VA last month after firing Obama appointee David Shulkin following accusations of ethical problems and a mounting rebellion within the agency. Jackson, a surprise choice who has worked as a White House physician since 2006, faced immediate questions from Republican and Democratic lawmakers as well as veterans groups about whether he had the experience to manage the massive department of 360,000 employees serving 9 million veterans.

Then this week’s unconfirmed allegations by current and former colleagues about drunkenness and improper prescribing of controlled substances, compiled and released by Democrats, made the nomination all but unsalvageable.

“The allegations against me are completely false and fabricated,” Jackson said in a statement announcing his withdrawal.

Press secretary Sarah Huckabee Sanders said Jackson was back at work at the White House on Thursday. But his future there remains uncertain. He had stepped aside from directing Trump’s medical care and leading the medical unit while his nomination was being considered.

“I would hope the White House would closely consider whether he is the best person to provide medical care for the president,” said Democratic Sen. Chris Coons of Delaware.

Trump himself praised Jackson, saying, “He’s a great man, and he got treated very, very unfairly.” Then the president went after Democratic Sen. Jon Tester of Montana, who released a list of allegations against Jackson that was compiled by the Democratic staff of the Senate Veterans Affairs Committee.

Trump aides said the president was furious with Tester, who faces a tough re-election fight this fall, and plans to aggressively campaign against him.

“I think Jon Tester has to have a big price to pay in Montana,” Trump warned on “Fox & Friends” on TV.

Tester, meanwhile, called on Congress to continue its investigation of Jackson. “I want to thank the service members who bravely spoke out over the past week. It is my constitutional responsibility to make sure the veterans of this nation get a strong, thoroughly vetted leader who will fight for them,” he said.

Elsewhere in the capital, Congress was questioning another Trump official whose job appears in jeopardy.

From the Big City to the Midwest