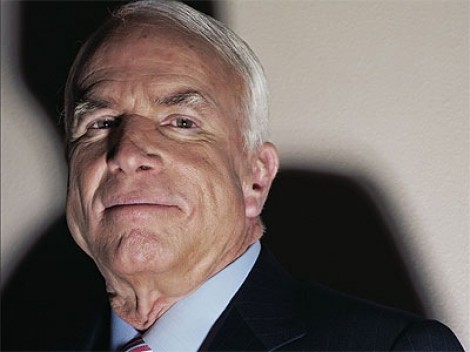 A group of Republicans have started positioning themselves to be appointed the successor to an ailing Sen. John McCain (R-AZ) who is fighting an aggressive form of brain cancer.

The campaigns to replace McCain have reportedly angered a good number of Republicans, who view the attempt to usurp McCain’s seat as disrespectful, according to The Hill.

The report highlights three Republicans who are positioning themselves to take over for McCain:

Rep. Paul Gosar – “Paul A. Gosar, D.D.S., is serving his fourth term in Congress as the Representative from Arizona’s Fourth Congressional District. First elected in 2010, he came to Congress with no prior political experience. Paul believes that the Constitution is the cornerstone of our Republic, and always pursues policies that allow for more individual liberty and less government involvement.”

Former state Sen. Kelli Ward – “As a former physician, Dr. Ward has provided care to her community through her private practice and work in emergency rooms, and she takes the same approach in caring for her constituents in Arizona. Dr. Ward entered politics in 2012 when she ran and won a seat in the Arizona State Senate. While serving two terms in office, Dr. Ward continued to practice medicine in the emergency departments in Lake Havasu City and Kingman, Arizona.”

Former Rep. Matt Salmon – “Salmon, who is now the top lobbyist at Arizona State University, has made his interest in the seat known, though more tactfully than the others. Salmon had lunch with Ducey’s chief of staff earlier this month — something his allies made known among top Republicans around the capital — though a source close to the former congressman said the appointment did not come up.”

The primary Republican who is offended by the supposed actions of these Republicans is Arizona’s Republican Governor Doug Ducey.

“To the politicians out there that have been openly lobbying for this position, they’ve basically disqualified themselves by showing their true character,” Ducey told KTAR radio.

Since McCain’s diagnosis, the four candidates have reportedly made these moves:

Gosar – Emailed the governor’s staff to inquire about McCain’s seat.

Ward – Called on McCain to resign and said she should be considered to replace him.

Salmon – Had lunch with the governor’s chief-of-staff, although the subject of McCain supposedly did not come up.

Shadegg – Unknown; “McCain is close to Grant Woods, his chief of staff when McCain served in the House and later a two-term attorney general,” The Hill added

The candidates may also be gunning for the seat that will soon be vacated by Sen. Jeff Flake (R-AZ), who announced in October that he was not seeking reelection in 2018 because he doesn’t like Trump or the direction of the Republican Party. Flake is highly unpopular in his state, having been polled as low as 18% at one point.