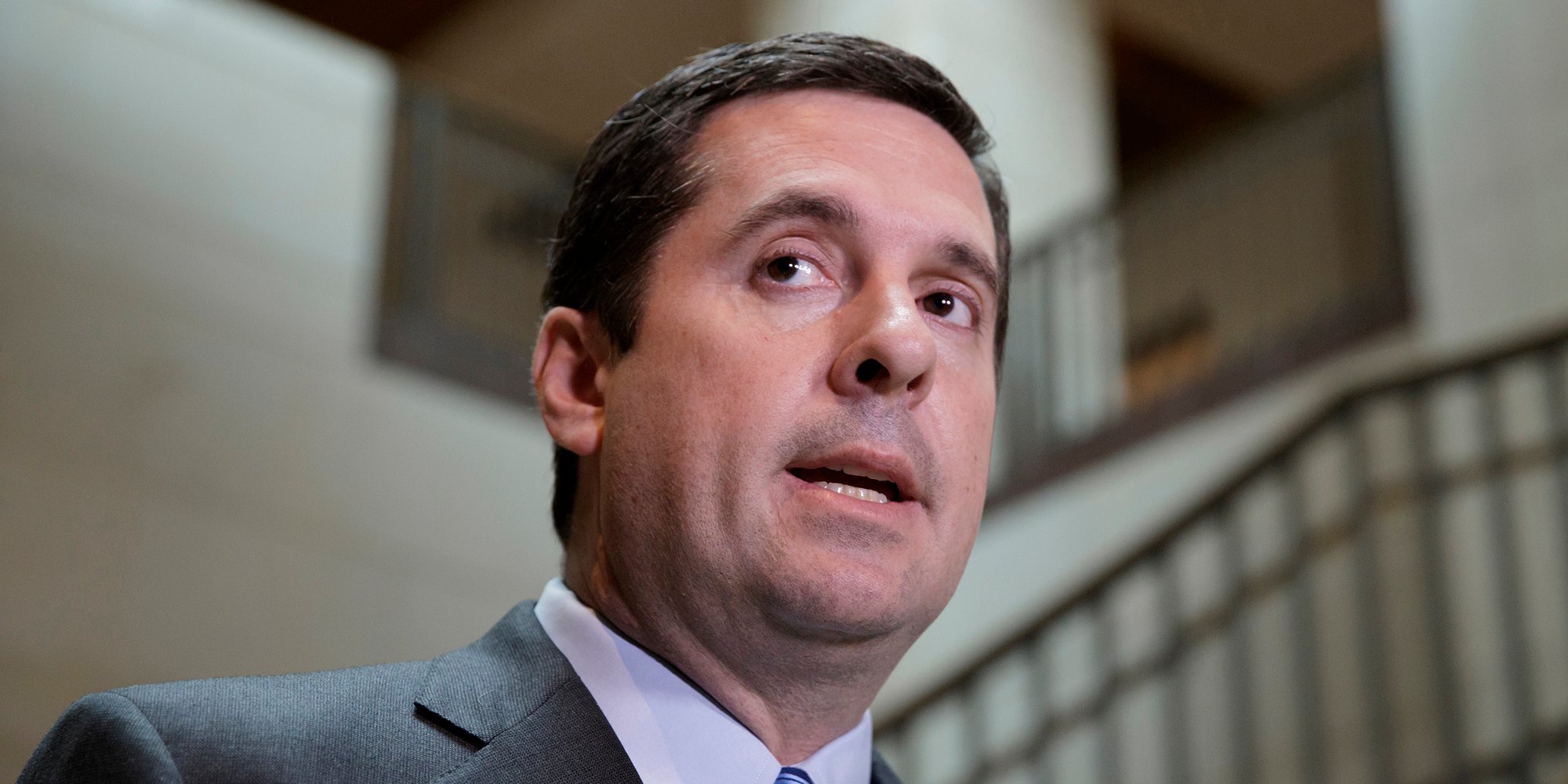 Now that the bombshell “FISA memo” has been released to the White House for review – and President Trump said he will allow its public release “100 percent” – despite protests from the DOJ and FBI Director Christopher Wray, efforts are underway to attack the report’s credibility by hinting at collusion between Rep. Devin Nunes, whose office authored the memo, and the White House.

The Daily Beast published an inaccurate account of Monday’s closed door House Intel Committee meeting in which the four-page memo was released – suggesting that Chairman Devin Nunes (R-CA) was backed into a corner and refused to answer a direct question from Rep. Mike Quigley (D-IL) over whether he had coordinated with the White House while his office compiled the memo which is said to reveal extensive political bias and abuse of the FISA surveillance court against the Trump team by the FBI and DOJ – implying that Nunes worked with the White House on the document.

During Monday’s contentious closed-door committee meeting, Rep. Mike Quigley, a Democrat, asked Nunes point-blank if his staffers had been talking with the White House as they compiled a four-page memo alleging FBI and Justice Department abuses over surveillance of President Trump’s allies in the Russia probe.

According to sources familiar with the exchange, Nunes made a few comments that didn’t answer the question before finally responding, “I’m not answering.” -Daily Beast

Except the 51-page transcript of that meeting came out hours later, revealing Daily Beast (or their House Intel Committee source) to have mischaracterized the exchange.