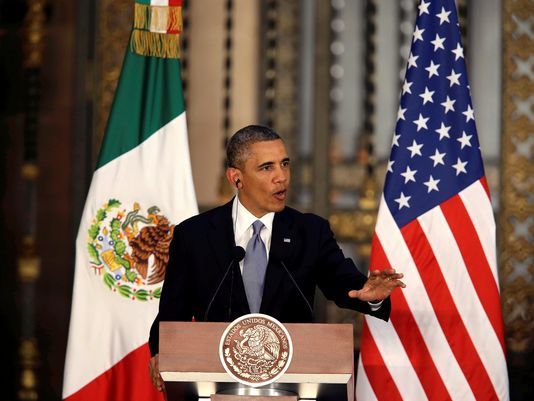 (Via The Daily Caller)
A covert operation by former President Barack Obama’s Drug Enforcement Administration (DEA) resulted in the kidnapping and presumed killings of five innocent Mexican citizens, according to a report from Pro Publica.

The news references a previously-unexplained 2010 operation by the Zetas drug cartel in Monterrey, Mexico, Pro Publica reported. The operation saw a convoy of heavily armed cartel members block off roads in the city and surround a Holiday Inn before storming the building. The group kidnapped the receptionists and four guests, a marketing executive, a chemical engineer, shoe salesman, and a college professor.

Investigations into the incident were fruitless, and Mexican law enforcement eventually decided that the five must have had secret dealings with drug cartels that caused them to be targeted. New information, however, shows the Zetas’ true target was almost certainly a group of undercover DEA-trained agents who had been operating out of the same Holiday Inn up until the day before the attack.

The team was part of the DEA’s Sensitive Investigative Unit (SIU), a group of Mexican federal police officers who had received extensive training and vetting by the DEA. The group had been on-mission to track the movements of the leader of the Zetas cartel, Hector Raul Luna.

Despite the administration’s seeming anticipation of the attack, the DEA didn’t offer assistance to Mexican authorities in hunting down the kidnappers or offer any information regarding the attack at all, according to Pro Publica.

The history of the SIU program in Mexico is one littered with leaks and assassinations. Three years prior to the Holiday Inn attack, SIU Supervisor Rubén Omar Ramirez told the DEA he was going to lay low for a while after refusing a series of bribes from the Zetas. He was killed the next day.

The Holiday Inn attack occurred just one month after Ivan Reyes Arzate took over as ISU supervisor, and U.S. agents think the two are connected. Reyes faced charges in Chicago alleging that he had accepted bribes from traffickers, and seven years after his appointment, he’s still alive.

“The fact that Reyes is still alive, and both of his predecessors are dead, that’s not a coincidence,” an unnamed U.S. agent who had worked with Reyes told Pro Publica. “There’s a reason for that.”