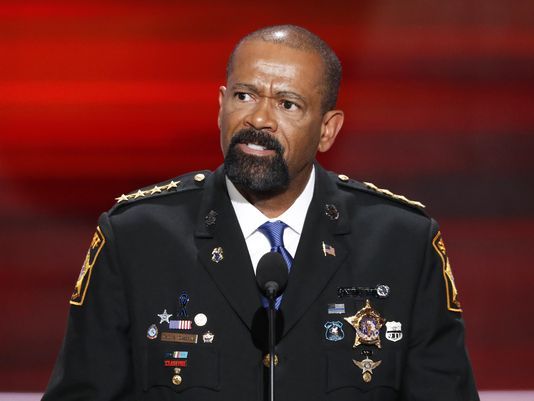 When all 164 of Washington D.C. Frank W. Ballou Senior High School’s graduating seniors last year applied for and were accepted to college, the whole community – students, teachers, administrators, parents, and education reformers – had reason to celebrate the achievements of these obviously hard-working graduates. With a graduating class the school system considered “academically disadvantaged,” someone in the school district should have smelled a rat.

After all, 98 percent of Ballou’s 930 students were African-Americans, and two percent were Hispanic/Latino, according to data from the District of Columbia Public Schools (DCPS) system. One hundred percent of them were considered “academically disadvantaged” by the system. Kids like this deserve the great opportunity that a high-quality, character-building education can help provide. There was a time when good educators, in fact, would tirelessly fight to give it to them. Those days are apparently over.

Sadly, this happy story collapsed in November, when an investigation by WAMU and NPR found that the much-ballyhooed Ballou graduated dozens of these students despite high rates of unexcused absences throughout their senior year. Half of them missed more than three months of school. One in five was absent more than present. When kids don’t show up for class, no learning can take place. And many continue to be perplexed about the growing achievement gap between black and Hispanic kids and their white counterparts. These truancy rates are a big part of the problem.

Some teachers, saying they felt pressure to pass failing students and get them to graduation, cooperated with the investigation. An internal e-mail shows that in April, just two months before the end of the school year, only 57 students were on track to graduate. Many of the others could scarcely read or write.

All of which means the graduation jubilation in June was not, in any way, justified. Put bluntly, Ballou’s administrators and some teachers cooked the books, used taxpayer money to commit fraud, and above all harmed poor black youths and their futures the most. Quite an indictment.

Perhaps even more alarmingly, NPR’s report led teachers from around the country to share similar situations in many other districts. This is a nationwide academic scandal in K-12 urban school districts, not to mention the serious disciplinary issues they have.

As I recall, when the multinational energy corporation Enron cooked the books and committed private-sector fraud that hurt mostly white-collar investors, people were actually indicted and in some cases sentenced to prison for crimes. Shareholders sued. That scandal ended with Enron closing its doors for good. And even that wasn’t considered sufficient accountability in the private sector: the fraud also essentially ended the life of Arthur Andersen, the distinguished accounting firm Enron had used.

I hope the same kind of attention will be paid to the Ballou scandal. So far, it’s being taken with apparent seriousness. In late November, D.C. Mayor Muriel Bowser and DCPS Chancellor Antwan Wilson announced two investigations arising out of the Ballou deceit. One will be conducted by D.C. State Superintendent of Education Hanseul Kang and is slated for completion later this month. Another will be led by two deputy DCPS chancellors who are examining the problem system-wide. I hold out little hope that anything more will come out of this than for the school district to attribute the problem to a lack of teacher training or a misunderstanding with no intent to deceive.

The D.C. Council’s education committee held a lengthy hearing on the matter in mid-December, and Ballou principal Yetunde Reeves has been reassigned, pending the outcome. That is likely the worst of what will happen to her, because the teaching establishment tends to punish only by reassignment.

Two things were left out of the story. First, where were the parents? They had to have some inkling that their son or daughter was not attending school regularly and certainly were not learning. They have a duty to see that their child shows up to school everyday in a state of readiness to learn. Second, what colleges accepted the kids who can’t read or write? They should be outed.

Whoever is responsible for perpetrating, encouraging, or tolerating this Ballou fraud should be held as accountable as those who were behind the Enron scandal. Having helped to deny real opportunity to mostly poor black kids who deserved it, the fraudsters should receive what every such crook deserves. Jail.

But that will require major change in America’s schools. Today, Enron’s cheating is a felony. Teachers’ cheating is job security.

BOOM: Fusion GPS Bank Records Handed Over After An Attempt To Conceal Was Struck Down

US Border Patrol Searched A Record 30K Phones in 2017