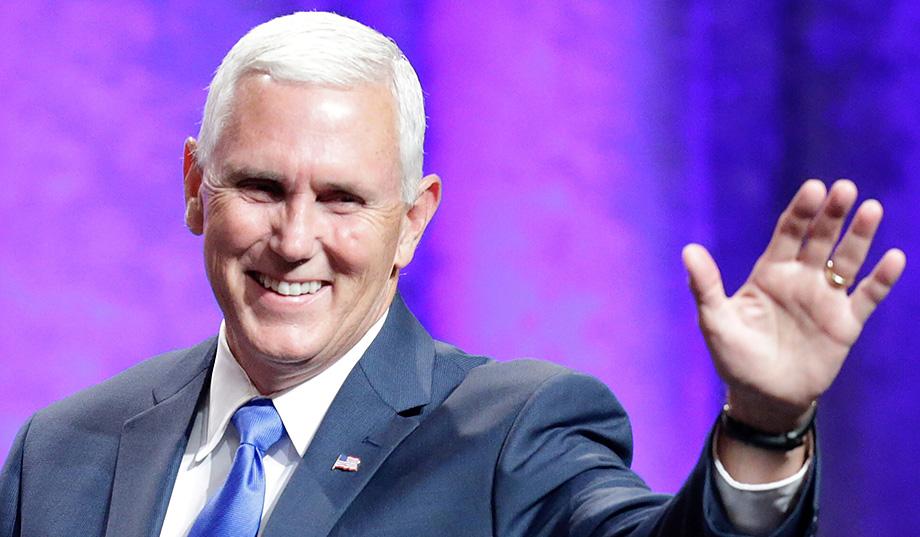 While President Donald Trump and Congressional Republicans battle to reopen the federal government, Vice President Mike Pence traveled to Israel this week to meet with dignitaries and visit a handful of historic sites – including the Holocaust Memorial.

But during a speech to the Knesset – Israel’s parliament – Monday afternoon (local time) , Pence surprised his audience by declaring that the US would not re-certify the Iran deal when it comes up for renewal in May, virtually guaranteeing that the US will reimpose economic sanctions against the Iranian regime. Trump re-certified the deal earlier this month “for the last time”, part of a deal with Democrats to buy them some time to work out a compromise.

Vice President Mike Pence is calling the Iranian nuclear deal a “disaster” and says the Trump administration will no longer certify it.

Instead, Pence told the Israeli parliament on Monday that the administration is “committed to enact effective and lasting restraints on Iran’s nuclear and ballistic missile programs.”

Pence has received a warm welcome in Israel, which has praised the American decision last month to recognize Jerusalem as the capital of Israel. Prime Minister Benjamin Netanyahu is among the fiercest opponents to the nuclear accord the Obama administration reached with Iran, saying it could pave a path for the Islamic Republic acquiring a nuclear weapon that could threaten Israel’s existence.

Pence says that the deal is not fixed and that in the coming months, the United States will “withdraw from the deal.”

Read The Rest Here Of The Story Here At Zerohedge

Julian Assange Warns Us Of A.I. Censorship; We Should Listen