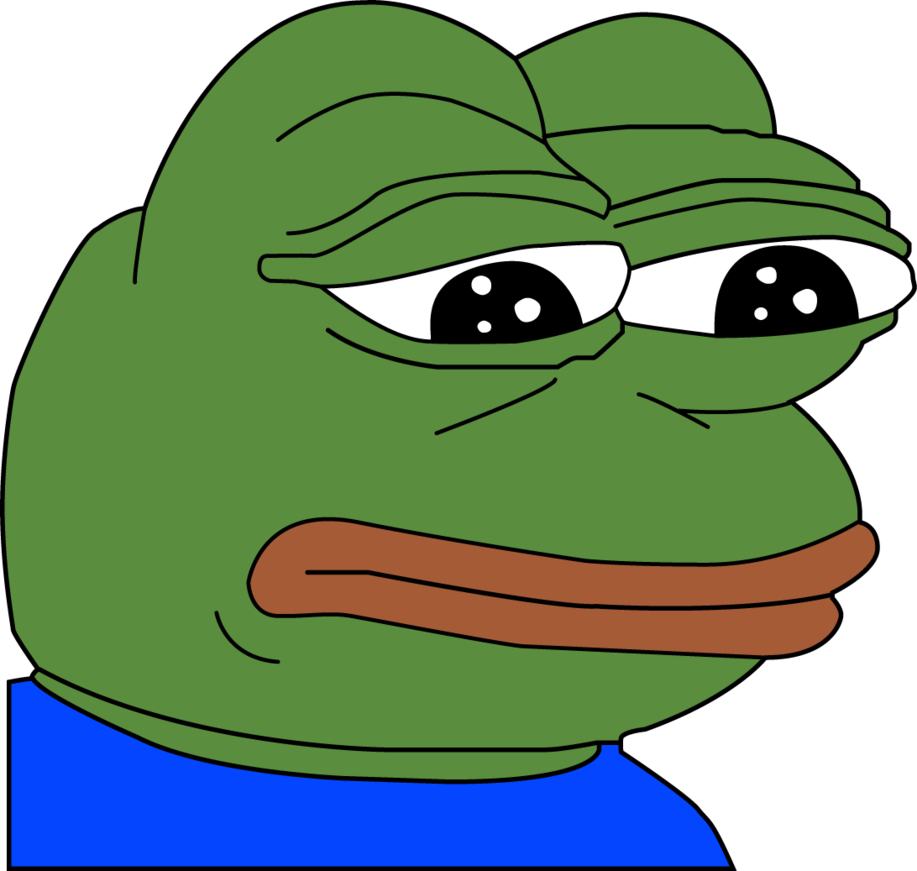 If, for some godforsaken reason, you’ve been trying to collect every achievement and emoticon featuring Pepe The Awful Meme Frog on Steam, I’ve got some bad news for you: many of them are gone.

Yesterday, Steam users began to notice something odd. According to a thread on the Steam subreddit, Pepe emoticons began disappearing from inventories and profile showcase boxes. The listings were still there, but the imagery was invisible. Before long, icons stopped showing up in chats and posts, as well. Now Pepe images that players could earn by playing games like Fergus The Fly and, tellingly, Make America Great Again: The Trump Presidency have been replaced with a simple message: “Emoticon art currently unavailable due to DMCA takedown notice submitted on behalf of Matt Furie.”

Pepe the Frog was originally a goofy character in Furie’s comic “Boy’s Club,” but then became a 4chan meme in 2008 that was ultimately co-opted by the alt-right in 2015. Fun fact: white nationalist Richard Spencer was explaining Pepe to a reporter right before he became famous for getting punched in the face. Furie has spent 2017 attempting to reclaim Pepe from Nazis and other awful people through a number of methods ranging from copyright claims against bigoted children’s books to a new crowdfunded comic of his own.

Back in August Louis Tompros, an IP lawyer representing Furie, told Gizmodo that the children’s book copyright claim was intended to reclaim the cartoon frog. “The point we are trying to make with this case is that Pepe the Frog does not belong to the alt-right,” He added: “They thought they could claim him as their symbol. But they can’t.”

I reached out to Tompros to ask why Furie went after Steam specifically, and he explained that they don’t target individual platforms so much as they receive notice that someone is using Pepe in association with hateful speech or content and then take action against that. “That is what happened with Steam,” Tompros told Kotaku in an email. “A Steam user let us know that there were Pepe images being sold on the site, and that they were being used on that site by people in connection with hateful speech. We asked Steam to take those down, and it appears that it has done that.”

On Steam, some developers and users aren’t super pleased to see their precious Pepes go poof.

“Apparently, even though our Rare Deplorable commando frog and Donald Toad emoticon (CLEARLY a toad and not a frog!) are our own original art & characters, just filing the claim means Valve must take them down,” wrote the developer of Make America Great Again in a news post, adding that they’ll be able to put their emoticons back up if they sign “a thing” that says Furie can sue them and not Valve. They do not intend to, because “going to court is… bad even if we’re right.”

Fergus The Fly is ostensibly a game about a puzzle-solving fly, but reviews suggest that people mostly buy it to unlock Pepe emoticons. The game’s Steam discussions section now features a couple threads about it, one of which sports the colorful title “Matt Furie is a dumb♥♥♥♥♥♥.”

Some instances of Pepe on Steam seem to have at least temporarily evaded Valve’s DMCA laser, however. Puzzle game Sweater? OK! prominently displays Pepe (and other meme characters) on its store page, but so far it’s unaffected. Also, user-uploaded images of Pepe continue to be fine, likely because different rules apply to them.

Still, tough times for alt-right tough guys, who are now throwing comment temper tantrums about “snowflakes” because somebody made it so they couldn’t use a cartoon frog in an incredibly specific way. Feels bad, man.

You’re reading Steamed, Kotaku’s page dedicated to all things in and around Valve’s wildly popular PC gaming service. Games, culture, community creations, criticism, guides, videos—everything. If you’ve found anything cool/awful on Steam, send us a message to let us know.