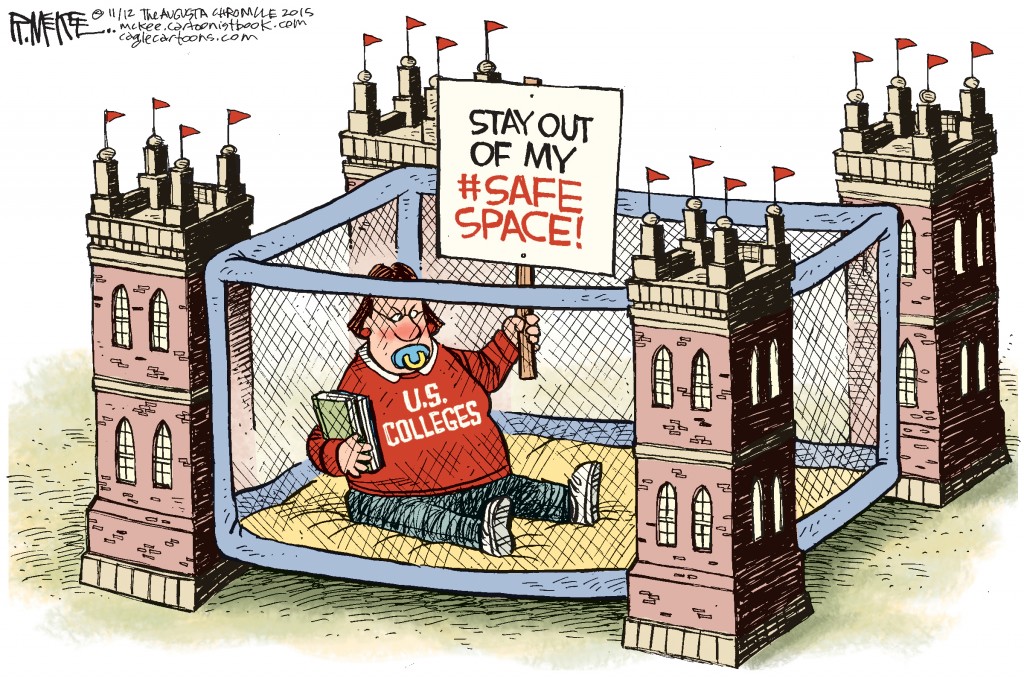 In yet another test of the U.S. Constitution’s protected freedom of speech, the Constitution Club at Southern Illinois University (SIU) inflated a giant beach ball and asked students to come by, grab a sharpie, and write whatever they felt like writing on the ball.

The students’ free speech rights exercise was quickly interrupted by campus police who informed the club members they had received complaints about the ball and the group would need to stop their activities.

According to Campus Reform, the reason SIU chose to attempt to stop the demonstration was that campus police said the students did not go through the proper channels to be able to hold the demonstration:

Executive Director of University Marketing and Communications Doug McIlhagga telling Campus Reform that the activists were in violation of the university’s policy “governing freedom of expression and demonstration activities.”

“The demonstrators didn’t follow the proper University procedure for a public forum by going through the Vice Chancellor of Administration’s Office for approval,” he elaborated. “We normally get the ‘Request For Use Of The Designated Public Forum’ form. However in this particular instance, we did not.”

Ultimately, the group was allowed to continue with their free speech demonstration but not before having to make contact with campus police to explain their actions. The SIU police did not appear to want to interrupt what the group was doing but were under marching orders from their superiors.

“This is not considered like a public place,” one campus police officer told the students. “Right now, we’re going to have to put the ball away … it’s freaking a lot of people out … people are reporting that they’re scared of the beach ball, and what’s going on here.”

At issue is whether or not a university campus, a public facility, is, in fact, private property or public property. If it is public property, then the group should not be compelled to go through any channels of approval. Instead, the group is subjected to what some consider an arbitrary process, which attempts to secure the outside approval of a third party (in this case, the Director of University Marketing and Communications) to get the blessing for what the Constitution already allows.

It is not the first time a group on campus has been accosted by police for attempting to assert their free speech rights. As TFTP reported last January, several college students were arrested for passing out pocket-sized copies of the U.S. Constitution and signing students up for membership in their conservative student organization. The incident occurred at Kellogg Community College in Battle Creek, Michigan, and involved members of Young Americans for Liberty who were arrested on Sept. 20, 2015, and charged with trespassing.

Brandon Withers and Michelle Gregoire were arrested and spent nearly 7 hours in jail for their unapproved distribution of the U.S. Constitution and for allegedly attempting to recruit others to their club. The “offenses” resulted in demands the students remove themselves from campus property. The students refused to leave and were arrested by campus police and charged with trespassing.

According to The Washington Times, Scottsdale, Arizona-based “Alliance Defending Freedom,” a nonprofit legal organization that “advocates for the right of people to freely live out their faith,” filed a lawsuit on their behalf Wednesday in the U.S. District Court for the Western District of Michigan. Senior ADF counsel Casey Mattox issued a statement wherein ADF claims their clients’ constitutional rights supersede any unlawful school rules denying them such freedoms.

Kellogg Community College had established several rules regarding the exercise of free speech and has established a free speech zone. Additionally, the distribution of materials, according to the college, must be approved first by the department known as Student Life. In other words, the exercise of students’ first amendment rights according to the U.S. Constitution is regulated by the public school’s Student Life department. And the school defines free speech as “solicitation,” another activity which must be pre-approved.