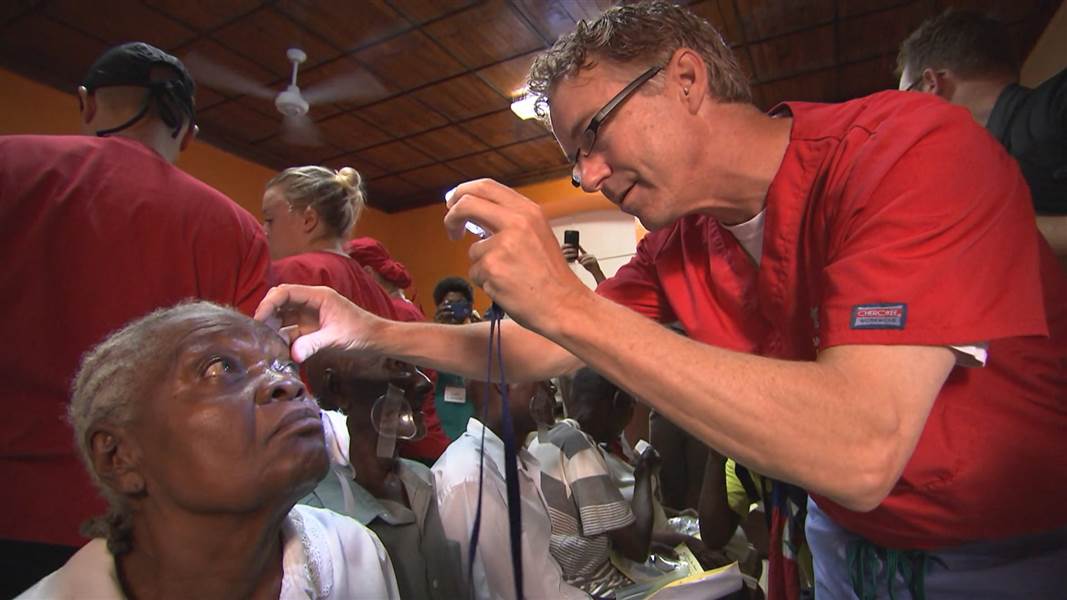 Senator Rand Paul fought back against the “Trump is racist” narrative Sunday, explaining how POTUS funded a trip to give eye surgeries to hundreds of Haitians.

During an interview with NBC’s “Meet The Press,” Paul said, “It is unfair to draw conclusions from a remark that I think wasn’t constructive is the least we can say and I think it is unfair to all of a sudden, paint him, well, he’s a racist, when I know for a fact he cares very deeply about the people in Haiti because he helped to finance a trip, we were able to give vision back for 200 people in Haiti.”

Rand predicts the non-stop cries of racism are only going to hurt America and decrease the chance of a successful immigration deal.

“There are a lot of questions that this ultimately intersects with policy, and the only thing I regret from all of this, other than I think some people in the media have gone completely bonkers with, you know, just ad hominem on the president, I want to see an immigration compromise and you can’t have an immigration compromise if everybody is out there calling the president a racist.”

WATCH: Moby Admits CIA Told Him To Push “Get The Word Out” About Fake Trump Dossier