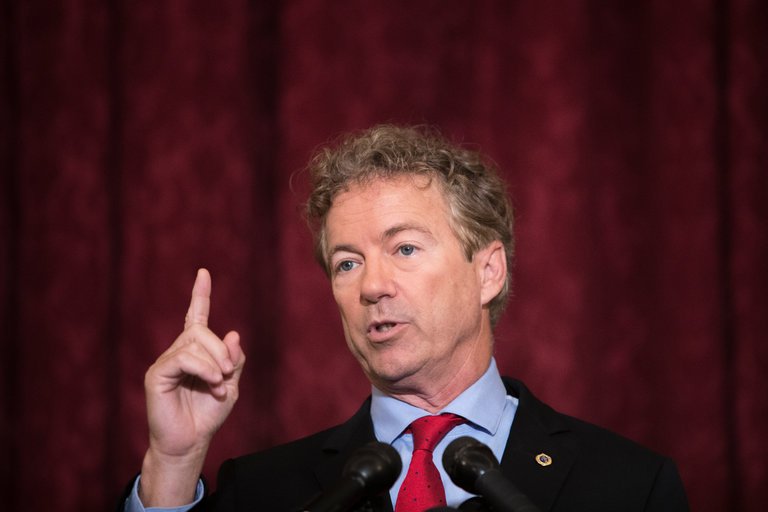 Kentucky Sen. Rand Paul called for an investigation on Thursday into what he says was collusion within the Obama administration “to prevent the election” of Donald Trump.

“This could be WORSE than Watergate!” Sen. Paul, a Republican, wrote on Twitter.
“Time to investigate high ranking Obama government officials who might have colluded to prevent the election of @realDonaldTrump!”

It is unclear what exactly prompted the tweet from Paul, who hasn’t commented much on the investigations into possible Trump campaign collusion with the Russian government. But, an increasing number of Republicans have started speaking out to criticize the various probes, including the one being conducted by Special Counsel Robert Mueller.

FBI official Peter Strozk, who supervised the Russia investigation when it was opened in July 2016, had exchanged anti-Trump and pro-Hillary Clinton text messages. Strozk also helped lead the investigation into Clinton’s use of a private email server.

In one text message sent shortly after the Russia investigation was opened, Strzok spoke of an “insurance policy” in the event of a Trump election win.
“I want to believe the path you threw out for consideration in Andy’s office — that there’s no way [Trump] gets elected — but I’m afraid we can’t take that risk,” Strzok wrote to Lisa Page, an FBI lawyer and his mistress.
“It’s like an insurance policy in the unlikely event you die before you’re 40,” the messages also said.

Strzok was removed from Mueller’s investigation in July after the Justice Department’s inspector general discovered the texts.

The Andy mentioned in Strzok’s text is believed to be Deputy FBI Director Andrew McCabe. McCabe was interviewed by the House Intelligence Committee on Tuesday. He faces the House Judiciary Committee on Thursday. Some Republicans have suggested that the FBI relied on an uncorroborated dossier funded by the Clinton campaign and Democratic National Committee to justify opening the investigation of the Trump campaign.

Top Justice Department official Bruce Ohr met with the author of that dossier, Christopher Steele, during the presidential campaign. After Trump was elected, Ohr met with Glenn Simpson, the founder of the opposition research firm that was hired by Democrats to investigate Trump. Ohr was removed from his position as deputy assistant attorney general earlier this month after his meetings with Steele and Simpson were revealed.

Sarah Sanders: ‘We Look Forward to Seeing This Hoax Wrap up Very Soon’