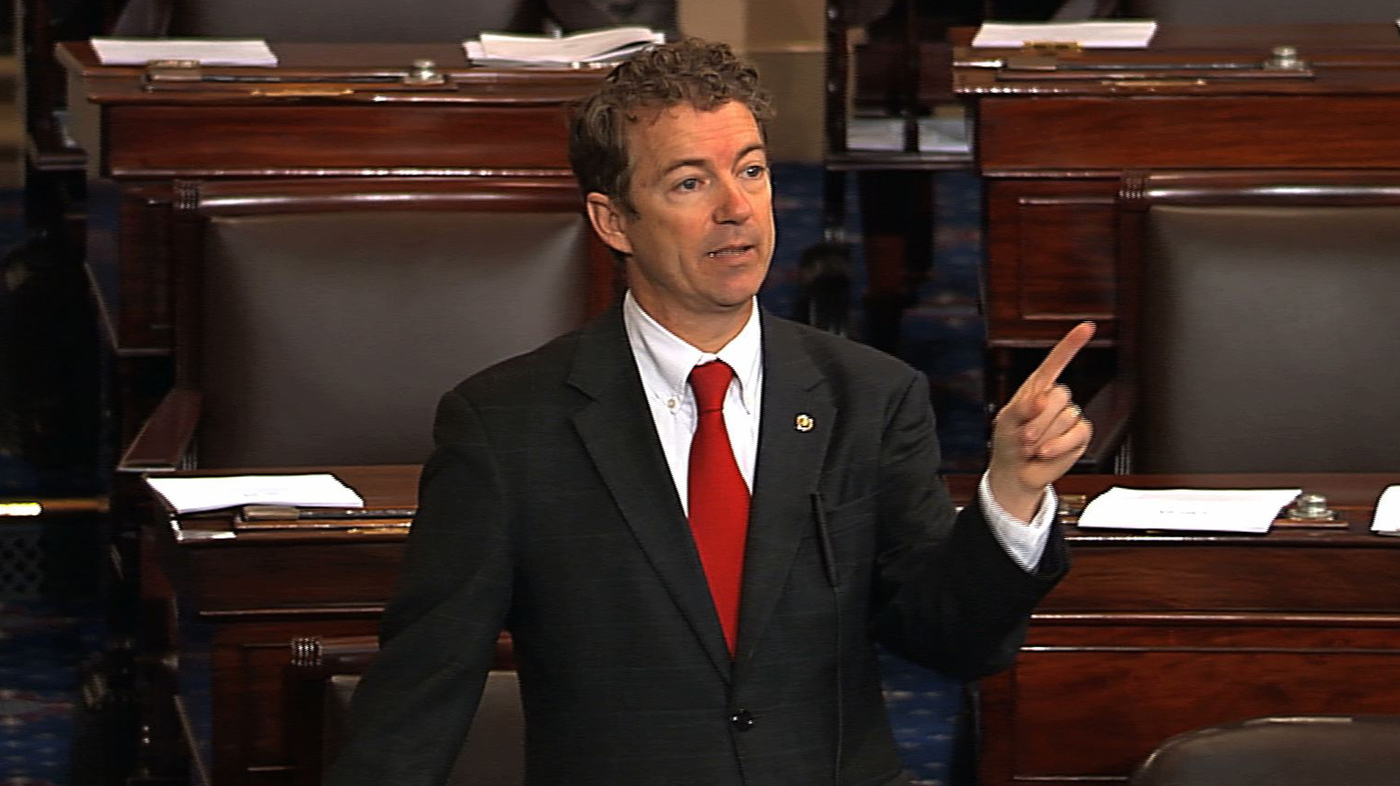 On Saturday, former CIA director John Brennan, who was appointed by former president Barack Obama in March 2013, vented his spleen on Twitter after President Trump announced the firing of FBI deputy director Andrew McCabe, saying Trump would be remembered as “a disgraced demagogue in the dustbin of history.”

But on Sunday, Senator Rand Paul (R-KY), a fierce critic of Brennan’s for years, fired back with a blistering tweet of his own:

This man had the power to search every American’s records without a warrant. What’s disgraceful is attacking the Bill of Rights and the freedom of every American. https://t.co/l0cORowhKP

In 2013, when Brennan was nominated by Obama to lead the CIA, Paul staged a 13-hour filibuster to protest the nomination. He stated:

I rise today to begin to filibuster John Brennan’s nomination for the CIA. I will speak until I can no longer speak. I will speak as long as it takes, until the alarm is sounded from coast to coast that our Constitution is important, that your rights to trial by jury are precious, that no American should be killed by a drone on American soil without first being charged with a crime, without first being found to be guilty by a court …

When Brennan, whose nomination I am opposing today, was asked directly, “is there any limit to your killing? Is there any geographic limitation to your drone strike program?” Brennan responded and said, “no, there is no limitation.” So the obvious question would be, if there’s no limitation to whom you can kill and where you can kill and there’s no due process upon whom you will kill, does that mean you will do it in America? So the Senator from Oregon asked him that question directly in committee. And this so-called champion of transparency, this so-called advocate of some kind of process responded to the senator from Oregon by saying, “I plan to optimize secrecy and optimize transparency.” Gobbledygook.

… So when asked, he says, no answer. He says, “I will evade your answer.” And by letting him come forward, we let him get away with it. So I have hounded and hounded and hounded, and finally yesterday I get a response from Mr. Brennan, who wishes to be the CIA chief, and he finally says, I will obey the law. Well, hooray. Good for him. It took a month to get him to admit that he will obey the law. But it’s not so simple. You see, the drone strike program is under the department of defense, so when the CIA says they’re not going to kill you in America, they’re not saying the defense department won’t.