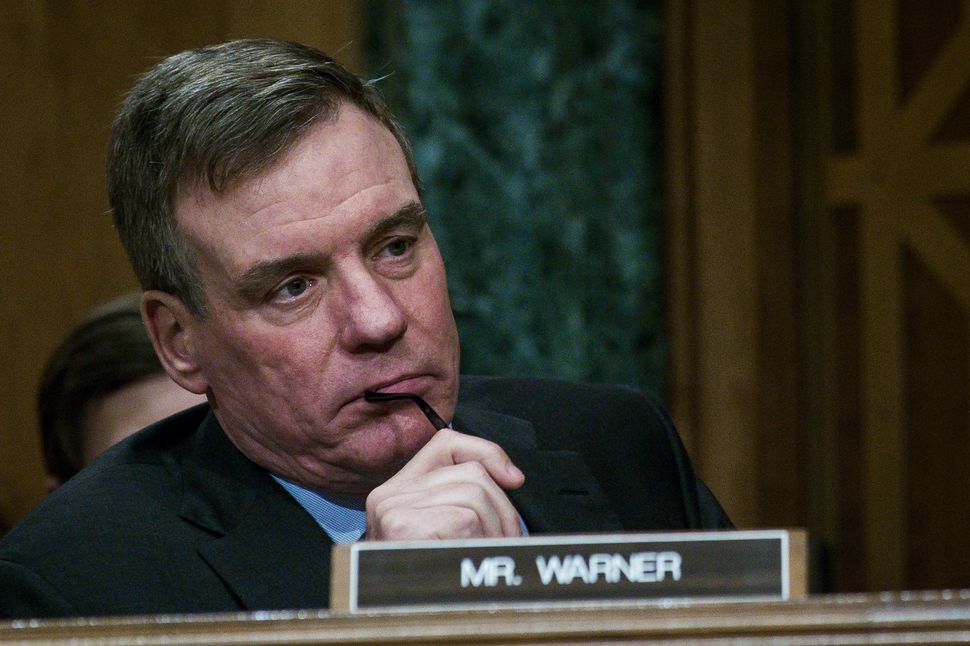 Senator Mark Warner (D-VA) – the top Democrat on the Senate Intelligence Committee and a lead investigator in the Trump-Russia probe, had “extensive” contact last year with a lobbyist for a Russian Oligarch who promised Warner access to Christopher Steele, according to Fox News. Steele is the former British spy who assembled several anti-Trump opposition research “dossiers,” including an unverified 35-page document which the FBI used to obtain a FISA “wiretap” warrant on one-time Trump campaign advisor, Carter Page.

On March 22, 2017, Sen. Warner texted lobbyist Adam Waldman of the DC-based Endeavor Group: “We have so much to discuss u need to be careful but we can help our country” on March 22, 2017.

“I’m in,” replied Waldman, whose firm has ties to Hillary Clinton.

Secrecy seemed very important to Warner as the conversation with Waldman heated up March 29, when the lobbyist revealed that Steele wanted a bipartisan letter from Warner and the committee’s chairman, North Carolina Republican Sen. Richard Burr, inviting him to talk to the Senate intelligence panel.

Throughout the text exchanges, Warner seemed particularly intent on connecting directly with Steele without anyone else on the Senate Intelligence Committee being in the loop — at least initially. In one text to the lobbyist, Warner wrote that he would “rather not have a paper trail” of his messages. -FOX

The text messages, obtained by a Republican source and marked “CONFIDENTIAL,” are not classified, and were turned over to the Senate panel Warner sits on last September. An aide to Warner confirmed that the text messages were authentic.

The conversation about Steele started on March 16, 2017, when Waldman texted, “Chris Steele asked me to call you.”

The records show Warner and Waldman had trouble connecting by phone. On March 20, Warner pressed Waldman by text to get him access to Steele.

“Can you talk tomorrow want to get with ur English friend,” Warner texted.

“I spoke to him yesterday,” Waldman texted.

Waldman and Warner had apparently touched base about Steele in a March 22 phone call. “Hey just tried u again gotta give a speech but really want to finish our talk,” Warner texted.

Comey’s Book Deal Is Getting The FBI Sued