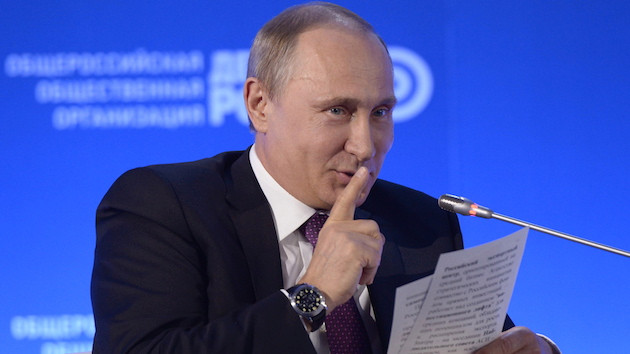 An amicus brief to a lawsuit filed against Roger Stone and the Trump campaign raises troubling questions over the right to political speech.

Of all the various twists and turns of the year-and-a-half-long national drama known as #Russiagate, the effort to marginalize and stigmatize dissent from the consensus Russia-Trump narrative, particularly by former intelligence and national-security officials and operatives, is among the more alarming.

An invasion-of-privacy lawsuit, filed in July 2017 by a former DNC official and two Democratic donors, alleges that they suffered “significant distress and anxiety and will require lifelong vigilance and expense” because their personal information was exposed as a result of the e-mail hack of the DNC, which, the suit claims, was part of a conspiracy between Roger Stone and the Trump campaign.

According to a report in The New York Times published at the time of the suit’s filing, “Mr. Trump and his political advisers, including Mr. Stone, have repeatedly denied colluding with Russia, and the 44-page complaint, filed on Wednesday in the Federal District Court for the District of Columbia, does not contain any hard evidence that his campaign did.” (Emphasis added.)

The amicus brief purports to explain to the court how Russia deploys “active measures” that seek “to undermine confidence in democratic leaders and institutions; sow discord between the United States and its allies; discredit candidates for office perceived as hostile to the Kremlin; influence public opinion against U.S. military, economic and political programs; and create distrust or confusion over sources of information.”

The former officials portray the amicus brief as an offering of neutral (“Amici submit this brief on behalf of neither party”) expertise (“to offer the Court their broad perspective, informed by careers spent working inside the U.S. government”).

The brief claims that Putin’s Russia has not only “actively spread disinformation online in order to exploit racial, cultural and political divisions across the country” but also “conducted cyber espionage operations…to undermine faith in the U.S. democratic process and, in the general election, influence the results against Secretary Hillary Clinton.”

Much of this has been said before. But where the briefers branch off into new territory is in their attempt to characterize journalism and political speech with which they disagree as acts of subversion on behalf of a foreign power.

According to the 14 former officials, Russia’s active-measure campaign relies “on intermediaries or ‘cut outs’ inside a country,” which are rather broadly defined as “political organizers and activists, academics, journalists, web operators, shell companies, nationalists and militant groups, and prominent pro-Russian businessmen.”

Such “intermediaries” can range from “the unwitting accomplice who is manipulated to act in what he believes is his best interest, to the ideological or economic ally who broadly shares Russian interests, to the knowing agent of influence who is recruited or coerced to directly advance Russian operations and objectives.”

In other words, a Russian “cut out” (or fifth columnist) can be defined as those “activists, academics, journalists, [or] web operators” who dissent from the shared ideology of the 14 signatories of the amicus brief.

In a recent essay for the London Review of Books, the historian Jackson Lears observed that “the religion of the Russian hack depends not on evidence but on ex cathedra pronouncements on the part of authoritative institutions and their overlords.” And this amicus brief is one such pronouncement.

In spite of the brief’s high-flown language (“The threat posed to our democracy by Russian active measures campaigns is serious, ongoing and will require vigilance on the part of the U.S. government and people”), it is little more than yet another effort to stigmatize political speech that questions the necessity of demonizing Russia—political speech, in other words, with which these former high-ranking intelligence and national-security officials surely disagree.

Professor Lears also observed that as regards Russiagate, “In its capacity to exclude dissent, it is like no other formation of mass opinion in my adult life, though it recalls a few dim childhood memories of anti-communist hysteria during the early 1950s.”

That is only too true; indeed, as of this writing, the Russia-Trump collusion narrative is fast devolving into an effort to stigmatize and marginalize expressions of dissent, with the overarching aim of short-circuiting and stifling debate over US-Russia policy.

Bernie, The Socialist With A Beach House, Will Probably Be The Democrats 2020 Pick