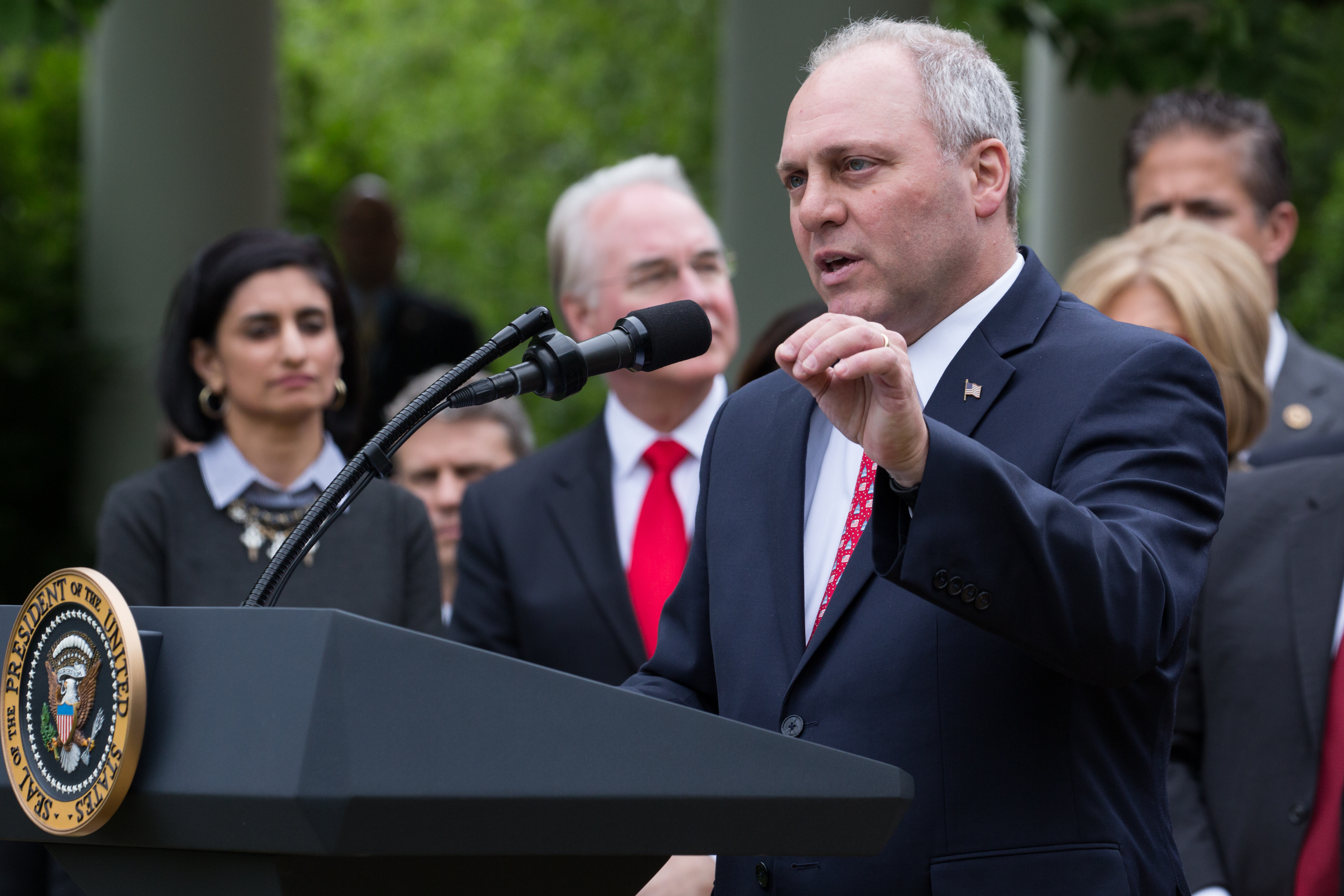 ATOP THE OLYMPUS TLP OIL RIG IN THE GULF OF MEXICO — With one arm snaked around his crutches and the other gripping a handrail, Steve Scalise climbed gingerly up hundreds of stairs to the peak control room of a hulking oil rig 77 miles off the coast of Louisiana.

By all accounts, Scalise, the House majority whip, shouldn’t have been here. Doctors said he was millimeters away from death in June after a gunman’s bullet ripped through his hip and pelvis, injuring internal organs during an early morning softball practice. Scalise only recently ditched his electric scooter and started walking again with crutches.

“Who’s wearing the Fitbit?” Scalise, donning navy coveralls and a yellow hard hat, joked as he neared the top, some 200 feet above water.

Scalise’s recovery has coincided with his fast-rising stature within the House Republican Conference. This time a year ago, he was seen as a dependable but unremarkable member of Paul Ryan’s leadership team. Now the 52-year-old is being talked up as a possible successor to Ryan when the House speaker retires.

A cluster of House R publicans has privately encouraged Scalise to embrace his new star power and prepare a campaign for speaker, according to multiple GOP lawmakers. One member recently introduced Scalise to donors as “the next speaker of the House.” And the talk bubbled to the surface this week when two GOP lawmakers — Reps. Mark Amodei of Nevada and Mo Brooks of Alabama — vocalized what others have whispered privately for weeks.