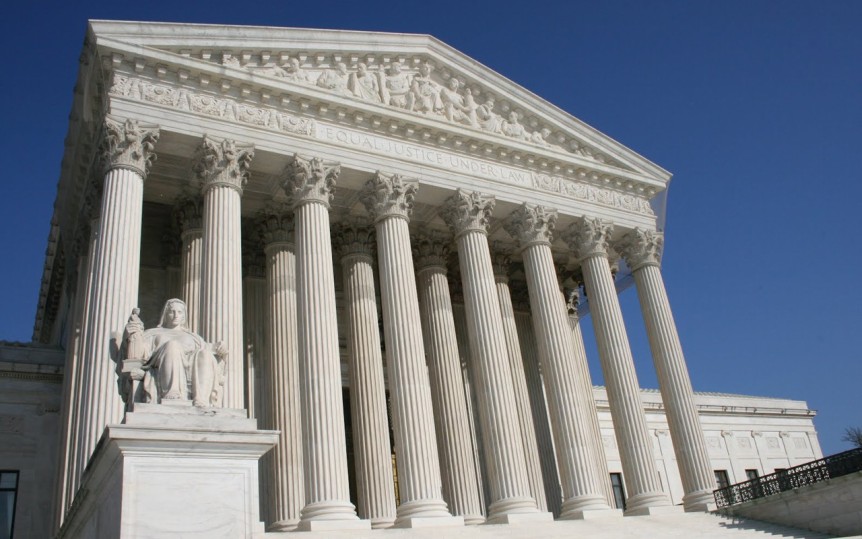 Though such a conclusion can only be reached by inference, the justices have issued several fairly extraordinary orders in cases involving the Deferred Action for Childhood Arrivals (DACA) program and the latest iteration of the travel ban, which deals rather harshly with trial courts in California, Hawaii and Maryland.

The latest signal came in a Wednesday order concerning the number of documents the government must release in connection with a lawsuit challenging the termination of DACA, an Obama-era amnesty initiative that extends temporary legal status to foreign nationals who came to the United States as children. A federal court in California ordered the Trump administration to release all documents relating to its decision to terminate the program. The government counters that it need not publicize its sensitive internal deliberations.

The order appears to be the product of a compromise, as the justices split five to four along ideological lines on Dec. 8 over the same issue. This time, however, it appears all the justices agreed that the California court’s order was “overly broad,” and that the breadth of the order warrants a slight rapping on the knuckles.

“The government makes serious arguments that at least portions of the district court’s order are overly broad,” the Supreme Court’s ruling reads. It goes on to say that the lower court should have allowed the government to temporarily shield the documents while resolving arguments in favor of their continued concealment.

It is rather unusual that the Court would involve itself in a dispute relating to the evidence-gathering phase of litigation, as Justice Stephen Breyer noted in his Dec. 8 dissent. That the Court reviewed this matter at all suggests that at least some of the justices believe lower courts have treated the administration with imprudence or intemperance, warranting a reprimand.

The Court has elsewhere flashed impatience with the lower court hearing challenges to the travel ban. In early December the justices issued a pair of rulings allowing the president’s latest travel sanctions to take full effect, overturning two lower courts that initially barred their enforcement.

The rulings, which drew dissents from Justices Ruth Bader Ginsburg and Sonia Sotomayor, are terse and straightforward, suggesting the Court sees little ambiguity in the cases and believes the Trump administration will ultimately prevail. The rulings also instruct the 4th and 9th U.S. Circuit Courts of Appeal, which are currently hearing travel ban challenges, to “render [their] decision with appropriate dispatch.” This language is highly unusual in a Supreme Court order, and suggests that the justices plan to take the case and issue the final word as soon as possible.

Taken together, these decisions suggest the justices believe several lower courts have seriously erred in handling challenges to key Trump initiatives. The concise, per curiam opinions they have issued overturning these courts seem to send a clear message — that the Court takes seriously its role as the keeper of equilibrium in a chaotic political system, and that all courts must respect the prerogatives of the administration.